It is impossible to talk about the best multiplayer team-based games without mentioning Overwatch. It has tons of features plus a color cast of varied characters that gives a new dimension to video game playing. But besides the quality graphics and tons of other enticing features, you would certainly get tired of playing Overwatch repeatedly especially after reaching the final stage.

However, there are tons of games you can switch to, but most of them would demand a new set of skills, idea, and features entirely different from Overwatch. And giving how exciting Overwatch is and your experience reaching the top, you might want to find a game that has similar features like your darling Overwatch. There are tons of them available for you to make the switch to without facing any challenge. So, here is a list of 11 best games like Overwatch you can start playing whenever you get bored of the game but want to continue the excitement even while playing another game 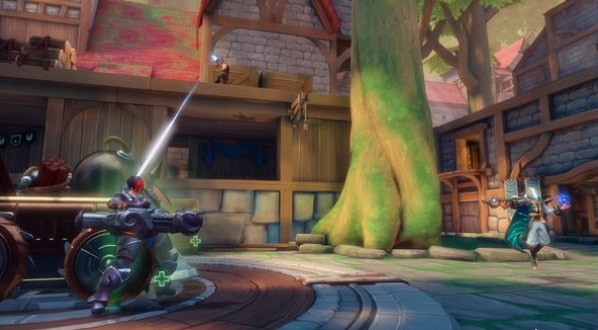 Paladins video game is no doubt one of the best games with similar features and style as Overwatch. You can play in the first person online shooter mode like Overwatch, and it requires the same skills and experience needed to succeed while playing Overwatch. The MOBA element is similar in both games. But you could get lost if you are not entirely familiar with this feature of the game. And just like Overwatch, coordination, and team-work are also essential in Paladins.

However, both games have their differences. Paladins permit character customization which allows you to set the abilities of the chosen character to suit your desire. Another difference is that Paladins’s battle arena is a bit bigger than that of Overwatch, which gives players the opportunity to explore more areas while in action. Also, you can play the game on Windows, PS4, Xbox One and MacOs devices. 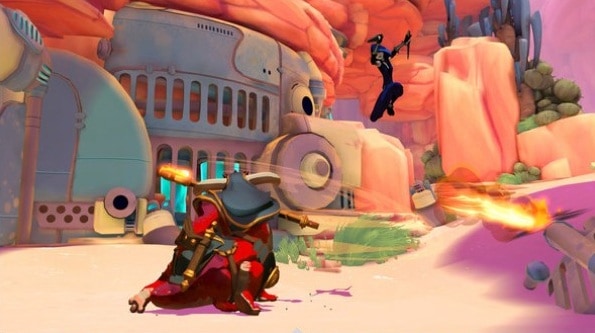 Gigantic is an action-packed game that is similar to Overwatch in some ways. Heroes battle it out with opposition standing as enemies. But this time, the heroes battle with a guardian, a magical behemoth which protects your team while you attack your enemies to destroy their guardian. Five players are allowed in this team-based game.

Gigantic is one of the most engaging shooter games packed with fast and fluid action. You also get the chance to make your choice from a list of 20 different heroes possessing incredible abilities that makes every battle unique. 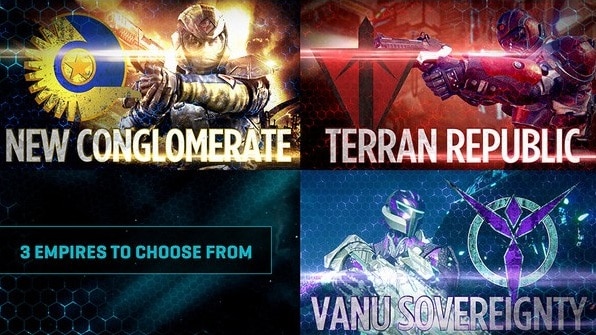 Available in PS4 and PC devices, PlanetSide 2 is an engaging multiplayer war game that simulates the real-life action that takes place in the battlefield. The graphics quality of the game is astounding too. Gigantic involves the first-person shooter style similar to what Overwatch has. Teamwork and individual player skill are also vital in PlanetSide 2. This open battlefield game feature over 2000 different players which are from the different continents. So you need to be smart and skilled to take down your opponents.

However, there are no significant similarities between PlanetSide 2 and Overwatch. But the actions, adventure, and excitement of PlanetSide 2 make it an ideal game that can replace Overwatch whenever you get bored. You get to choose from three empires while playing this game and also control armored tanks, aircraft as well as other war vehicles during the battle. 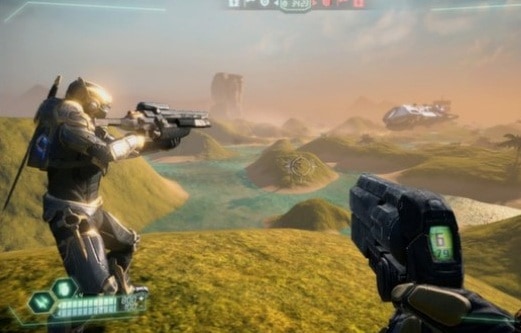 Tribe Ascend is another game worth playing when you get bored with Overwatch. They both share some similarities and offer players numerous options to take their excitement to another level. Set in the futuristic world, Tribes Ascend also shares some peculiarities with Halo in the area of gameplay and aesthetics. And one has to be incredibly smart and attentive while in action because enemy attacks come at a very high speed. That said, your agility, attentiveness, and speed are paramount to your success while playing Tribes Ascend.

Tribe Ascend also features numerous armor systems which give the game new dimension and excitement. The fast-paced elements which include the unique mechanics and jetpacks make every encounter you have while playing this game more engaging. You can also have the game in your PC device. 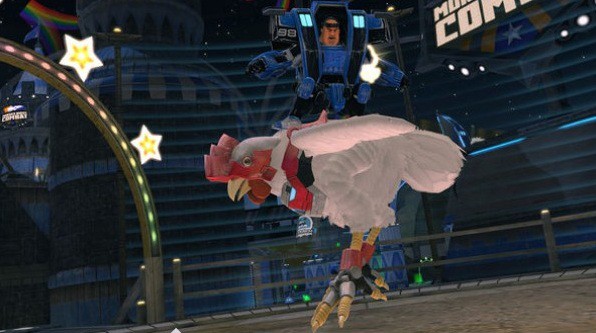 Monday Night Combat is the kind of game that can make you feel like you are still playing Overwatch. Teamwork is also vital in this PC game. And you get to choose your preferred character from the numerous options available to fight alongside team members with the aim of destroying the enemy’s base. The enemy base is known as Moneyball, and you have to protect your money ball while you are taking down theirs. 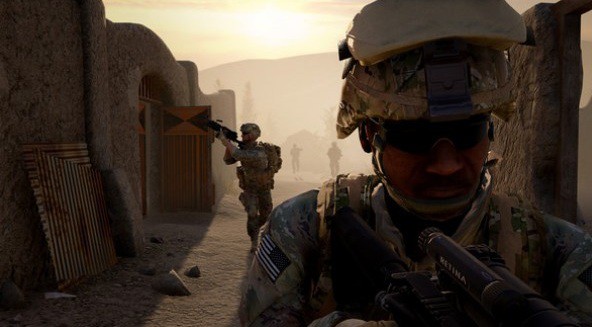 Squad’s style of play is similar to Overwatch. They are both first-person shooter pattern of games, with action-packed infantry combat. Teamwork and communication are vital for survival in this kind of military fps game. And it is also available on PC devices too.

In addition to the action, Squad has an impeccable graphic design and features that can make any combat games more engaging. You will have access to several armored and land-based vehicles that are combat ready. Considering the integrated positional VoIP and radio available for the squad and players to use, communication is one of the features you will enjoy while playing this game.

The broad base building and environment also give this combat game a different dimension. 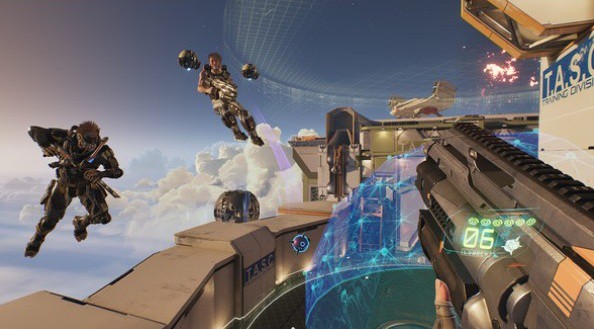 If you are looking for a game that doesn’t have that heavy cartoony graphics as seen in some combat games, then LawBreakers is your best bet. You can choose between the two options – Law or Breakers which is the two sides of this awesome game.

Individuals that like airborne shooting games will appreciate the unique concept of this game. You will be flying while firing shots at your enemies and at the same thing trying to avoid getting hit by their bullets. Enjoy a whole new shooting game experience while playing this PC game.

As the name implies, WarFrame is a tactical war game. It is not precisely as Overwatch regarding features, but undoubtedly a game worth trying out. This online sci-fi game framework features the third-person multiplayer shooter option and requires incredible team coordination for success and survival.

The visual power is one superior quality that Overwatch has over Warframe. Apart from that, the game is intriguing and designed in a way that up to four players can work together to achieve a mission. The mission can be as dangerous as assassinating specific targets or working together to retrieve vital information from a given location. The game is free and available on PS4, PC, and Xbox One devices. 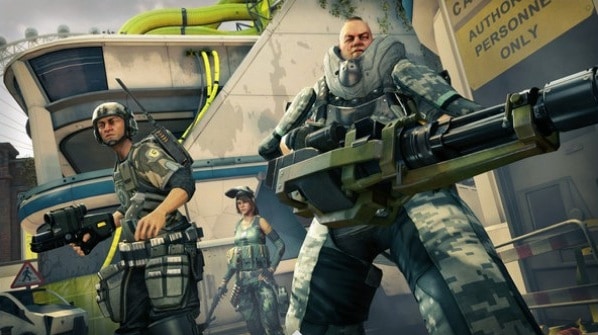 The gameplay and overall style of Dirt Bomb is not different from Overwatch. You will even feel as if you are playing Overwatch when you start playing Dirty Bomb. Most of the skills and experience you gained from Overwatch would be required in this first-person shooter game style too.

Excellent teamwork is also one of the ingredients that will help you progress in the multiplayer mode of this action-packed game. And giving the different characters in this game and unique abilities they possess, you will never get bored playing until you have crossed the final stage. 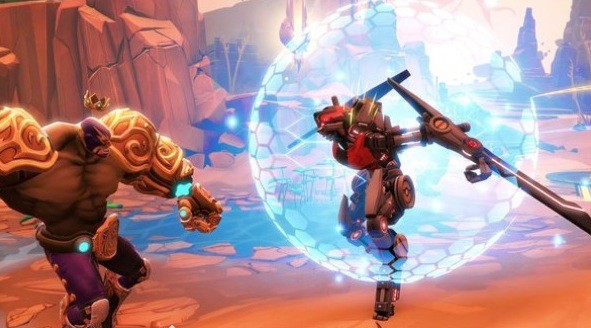 Another game with similar features as Overwatch regarding gameplay and playing mode is Battleborn. You would need excellent teamwork to succeed in this first-person shooter game just like Overwatch. The game also features numerous characters with each possessing unique skills and abilities that make playing worthwhile.

However, the difference between Overwatch and Battleborn is the number of players that can access the game. Overwatch features multi-player mode while Battleborn is just single-player mode. The game is also available on PS4, Xbox and Windows devices. 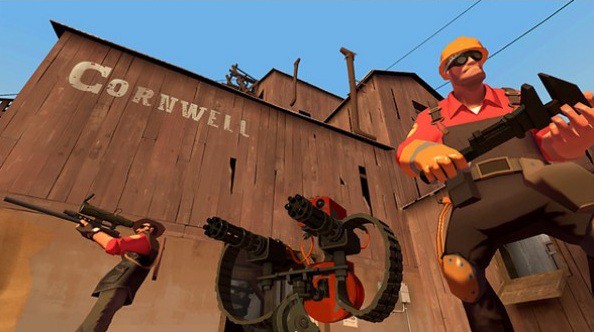 The only significant difference between Team Fortress 2 and Overwatch is the quality of graphics. Overwatch has better quality graphics than Team Fortress. But besides that, both games share similar features that make it easier to switch from one to the other without challenges.

The characters in both games are almost the same. In Team Fortress, each character possesses a different style of play which gives users the opportunity to make their choice based on their playing style. It is a team game like overwatch as earlier stated. And you cannot progress in the game without proper coordination and strategy with team members. The game is free and available to play on Xbox, PS3 and PC devices.

Overwatch is an exceptional game, and there is no doubt about that. It features high-quality graphics, exciting characters and game style. These are some of the reasons most people prefer to opt for games they can play like Overwatch to retain the memory and excitement. However, all the games on this post can serve as a replacement for Overwatch. Most of them share similar features and are inciting to play.