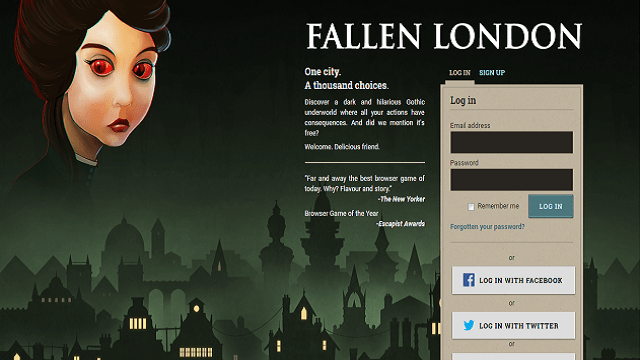 Corruption of Champions is a game many will never forget. The game is set in the fantasy magic world and packed with action and adventure that will make you sit unknowingly, on the edge of your chair while playing. What about the storyline? Awesome! You will live among villages as a simple person. But that does not elude you from taking part in the action.

The village usually selects warriors that help to fight against and repel enemy attacks. Children go missing, and diverse evil deeds occur here and there. Corruption of Champions is a game worth playing. But one will eventually get tired of playing repeated, someday. So before getting to that point or if you are already started looking for best Corruption of Champions alternatives, these are the games to try out.

The kingdom of Loathing is a turn-based game and a remarkable Corruption of Champions alternative in every aspect. At the start of this awesome game, you will have the opportunity to customize the character you intend using. And excitingly, you also get to choose your preferred gender and class of character.

Another thing you need to know about this game is that you must sign in to play. Plus if you have the mind to try the game, hurry now because the number of KoL players is increasing by the day. The KoL comes packed with adventure; you will engage in numerous tasks, and take out many enemies in the village. And on the developer’s site, you will discover a myriad of players like yourself and the levels each of them has attained.

Flexible Survival is an addictive game that will make you forget that Corruption of Champions ever existed. But you must be of legal adult age to play the game. In other words, you must be above 18 years of age to create an account on the platform or play a character. However, the simple reason for this is the adult content in the game. So if you are not within the stipulated age, please find another alternative or exercise some patience.

However, Flexible Survival is a bit similar to Corruption of Champions and falls within the text-based flash game category. One of the requirements is for you to stay normal even in the wake of the virus outbreak. You must try hard to keep your sanity until military personnel arrives.

Another incredible thing about this Corruption of Champion’s alternative is the features. You can modify the character of the game in diverse ways to suit your desire. The storyline of the game is also impressive. Plus you will find many new scenes to explore. Another exciting thing you will discover about the game is the ability to make enemies do your bidding. You can seduce your enemies and cause them to move in the same direction as you.

The curiosities in NeoSushi City, a place which this awesome game is set on, are many. Plus there are so many places for you to explore. You will have the pleasure of visiting a Capsule Hotel featuring a talking elevator, the first the world has ever had. If you want to enjoy a whole new adventure of text-based games, then try Cypher.

TITS is not just a Corruption of Champions alternative. The game itself is developed by the same team and company (Fenoxo) that created CoC. And judging by the standards of the game, Trials in Tainted Space is one of the most played text-based Role Play Game compared to others on this list.

Every action might have an equal and opposite reaction, and that you will discover when you start playing Fallen London. This game is packed with action and is one of the best browser games of the century. Plus the storyline and the soundtrack make the game more inviting.

In Fallen London, you will have the chance of choosing from four stats which you can improve on as you begin your journey. They include the Dangerous (Intimidation and fighting prowess), Persuasive (wit and charm), Watchful (mental acumen and perception) and finally, Shadowy (cunning and stealth).

You can also explore any path you like, and in any order. But the good thing is that you will gradually learn new things about the world you find yourself and uncover deep secrets as you continue your quest. Fallen London is undoubtedly one of the Corruption of Champions alternatives to try out.

The Fall of Eden is one of the many CoC alternatives that will make you forget about the experiences and fun you had while playing Corruption of Champions. Both games have very similar gameplay and provide loads of adventure and engagements that will keep you stunned at the edge of your seat throughout the action.

In this game, you can embark on diverse tasks such as buying, selling, training, managing slaves and so on. But the only thing of concern is regarding customization option. You cannot customize the characters of this game. On the other hand, Free City is also a browser-based game meaning you can only play online.

9. Gift of Phallius 2: The Key to Eternity

Also, to play Gift of Phallius, you need to download straight to your device, as it is not a browser-based game as some others on this list.

My Very Own Lith is a stunning game that requires a flash player to access. You can play on your computer system meaning there is no need to download massive files on your system. The game is a well-built browser-based game filled with tons of excitement and adventure.

My Very Own Lith is a CoC alternative with diverse scenes. The game allows you various options to communicate with the lith such as talking, seduction, taking off clothes, looking and more. The Lith according to the game is a shy cat that has its basic needs. One of the requirements is to have a friend. But behind establishing a relationship with the Lith, there is a deep secret you need to uncover. Your role as the player is to act as the Lith too.

The first thing that makes Anchorhead unique is its compatibility with numerous devices. The game can run on Windows, Linux and MacOS devices. The game is enjoyable to play and would offer you some horror fantasy. Oh yes, your text quest begins in a dark world where your mission would be to prevent some form of historical events from taking place.

Having the power and courage to prevent ugly events from happening would surely feel awesome. And that’s what you will be doing in this incredible game.

Lilith’s Throne features an appealing graphical quality, at least judging by the standards of the game. It is a game you will be proud to play, and can even cause you to forget CoC.