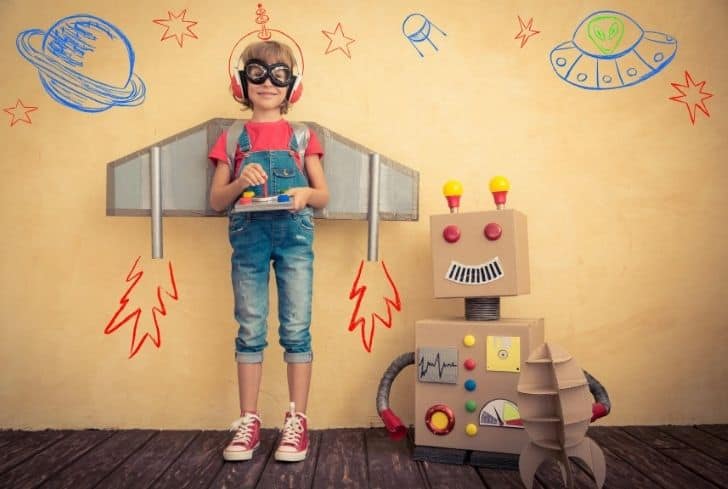 Is robotics indeed a sport? If you need answers to this question, you’re in the right place. What makes a sport what it is? First is the competition – two or more teams challenging themselves for a prize. The next are the spectators. For this reason, it is safe to call robotics a sport.

Most schools now have robotics sports competitions, as part of the effect to enhance the interest of students. Robotics is a sport that can leave children tinkering with technology.

Robotics offers children a fun way to learn STEM subjects. Students get to build robots from scratch too. So using it as a sport will get a lot of students interested in learning robotics and to embrace technology.

Continue reading to know more about the sports side of robotics!

How Are Robots Used in Sport?

They are coming for our jobs, now sports? Don’t be surprised to hear this when topics such as “how are robots used in sport” pops up.

Truth is robots aren’t going to take over sports anytime soon. It would take a whole lot to get to that level. Robots provide a different level of entertainment, which is not on the same wavelength as humans. The latter is more superior.

But we can’t deny that technological advances have transformed sports in diverse ways and will continue to do so. It’s safe to say that sports and technology had been working hand-in-hand since time immemorial.

Even the smallest of clubs in the world, with a low budget, deploy technology to enhance their athletes’ performances.

Below are exciting ways robots are being deployed in sports.

The anti-doping board is against athletes using drugs to enhance their performances. Many athletes have been dispossessed of their titles and prizes because they cheated. Illegal drugs were discovered in their system.

Among such athletes is Ash I Cakir Alptekin from Turkey. In 2015, the athlete handed back a gold medal won in the 1500 meters race in the 2012 London Olympic Games.

The bottom line is it might take a while, but athletes using illicit drugs always get found out and punished accordingly.

See also  Use of Robotics in Education and Why is Robotic Education Important?

The world anti-doping body plans to use AI to catch sports drug cheaters because the modern doping methods are too subtle to detect most cases.

With AI, the body feels it can keep tabs on athletes’ behavior and flag drug-related behavior that human observers may not be able to detect. Piloting this project is WADA, a global organization that’s in charge of uncovering drug cheats.

Watching humans display eye-catching skills on the pitch looks normal. Watching robots demonstrate similar skills is abnormal. But this happens. You would find robots showing off their skills in an impressive manner.

That’s the extent technology has reached. There are also better days ahead. For the records, the RoboCup footballing competition has been on for decades now. It started officially in 1996.

RoboCup boasts an impressive history. The annual footballing competition, which involves the use of robots, was organized by some university professors. They aimed to promote AI research and robotics.

RoboCup is a contraction of the complete name. The full name is “Robot Soccer World Cup.” The challenge posed by the competition is quite formidable and visually appealing. RoboCup competition also encourages advancement in technology, particularly robotics.

Another unique fact regarding the importance of robotics is that robots’ performances can be used to improve games involving only humans. There’s no better way to make learning AI and robotics appealing than using football, one of the most popular sports in the world.

The RoboCup has so advanced that the referees themselves are robots. They also act similarly to their real-life counterparts.

Football matches are not the only sports you’ll encounter in a RoboCup competition. It has expanded and now includes home application robots, rescue robots, and crewless aerial vehicle operations.

However, looking at the present robots’ performances, you can tell that there’s still a long way to go. There’s not much flexibility in their limbs, the battery pack is still weighty, no agility and stamina. Batteries need to be changed during the match.

We can only hope that things would get better in the next couple of decades.

American football and injuries are topics that sometimes go in tandem. That’s because the sport itself is dangerous. Every sport has a certain risk level. But it’s safe to say that contact sports like American football would have more risks.

The injuries from these sports range from traumatic head injuries to a brain disorder. These have led parents, coaches, and players themselves to raise concerns about their safety.

With the safety of players in mind, several experts, including Hank Pellissier, Brain Institute’s director, has proposed the use of robots in place of human NFL players. If successful, robots that can block, run, pass, intercept, and play football like humans, will be created.

Several high profile coaches have also developed means to lessen the incidence of injuries for players. You obviously cannot control what happens during a game. You can only have better control during training.

To that end, most teams have resorted to using virtual players during training. So even before robots take over the NFL, this practice involving the use of virtual players in training, have been paying off.

The introduction of robots could mean human umpires losing their jobs or being moved to a different task. But it’s for the common good of the sport. Using robots as umpires will help ensure accurate results in record time.

This action might not seem like a big deal on paper. But if implemented, it can make baseball more appealing to more audiences. Frustrations players get when an unsatisfactory call is made will come to an end. These frustrations often change games and rob teams of valuable points.

Using robots as umpires is still a topic under discussion. But if fully implemented, the impact it would have on the sport would be massive.

The use and importance of robots are starting to show in diverse sports, and the NBA is one of them. A robot called CUE has been designed and trained to shoot basketball with high accuracy.

The AI humanoid robot can shoot over 200,000 times at 12 feet without missing a single shot. It’s only a matter of time before robots take over the NBA. In this case, we will have a group of robots competing with each other, just as is currently in football.

The advancement roboticists have made in robotics is an eye-opener. It’s evident that robots will one day take over all our sports.

Arsene Wenger, former Arsenal FC manager, shortly after his retirement, stated that robots would take over coaching and other jobs in the new two decades. That was just a couple of years ago, but things have gradually started to take shape.

Humanoid robots participating in RoboCup is clear evidence that robots can play Sports. Toyota’s CUE, an AI humanoid robot, is also a good example. The NBA robot can sink over 200,000 shots accurately, from a distance of 12 feet.

Skiing and racing robots are pieces of evidence that robots can play sports and provide almost the same level of entertainment as humans.

For the records, scientists are working hard to develop humanoid robots that can compete and win the FIFA World Cup winners for that same year. The date of achievement is 2050, though it might not be visible to achieve by then. There’s still a lot of work to be done.

How Robotics is Changing the World of Sports?

Robotics is changing the world of sports. That’s the first thing we must agree on before the ‘how.” Below are some of the ways robotics is making sports more enjoyable for fans and athletes themselves.

The importance of robots in sports is massive. Robots, if properly developed, can take sports entertainment to the next level. At this stage, their contributions and involvement in sports haven’t been all that massive. Nevertheless, there are positive signs for a better day.