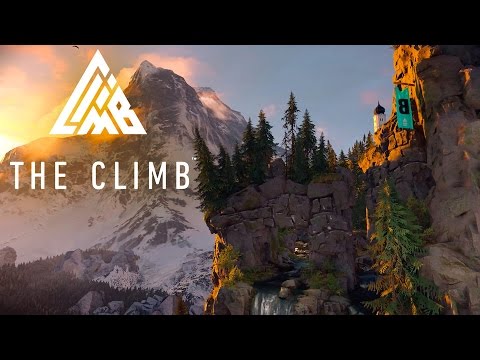 Virtual Reality has transformed the way in which multiple industries function. It has revolutionized fields like Military and Entertainment. Gaming is one of those industries that has been heavily influenced and transformed by Virtual Reality systems. With most gaming manufacturers developing high-end graphical environments in their games, the advent of VR (Virtual Reality) and application of virtual reality has made the industry more immersive. Virtual reality allows a gamer to be the character rather than be the controller of the character. The following are the 9 best Virtual Reality games of 2022 that you can play right now:

Developed by Insomniac Games for Oculus Rift, Edge of Nowhere explores the story of Victor Howard in his search of his fiance Ava Thorne. An action adventure game set in Antartica the player is on a rescue mission that takes a violent turn leading him into a dark alternate world.

The player has to proceed through the dark and twisted world to find his love while encountering many disturbing creatures and trekking through the treacherous terrain. The game seems eeringly similar to the Tomb Raider franchise in the vibe it creates and in some gameplay elements and features exquisite graphics and mind blowing visuals.

Star Trek Bridge Crew is a highly interactive Virtual Reality game that is set in the Star Trek Universe. Developed by Red Storm Entertainment and published by Ubisoft across Windows and Play Station 4 platforms. The game follows the story of Starfleet Ship USS Aegis which is on her voyage to a region known as ‘The Trench’ to find a home world for the Vulcans. The Trench is under the control of the Klingons.

The game has 4 key roles, the Captain, Tactical Officer, Engineer and Helm Officer with their own set of functions. The Captain is the only officer aware of the mission objectives and can only be controlled by a human player. The game allows for multiplayer mode where the players occupy different positions and communicate and coordinate with each other to achieve the mission objectives. The game provides a very immersive experience with the need to strategize to survive.

3. Keep Talking and Nobody Explodes

Developed by Steel Crate Games, Keep Talking and Nobody Explodes is a fun multiplayer game available on Windows, OSX and Android Platforms as well as Playstation VR. The game involves 2 characters portrayed by 2 persons playing the game. One is the “Defuser” and the other is the “Expert”.

The defuser has before him a computer generated bomb which he has to defuse as per the instructions of the Experts. The experts has before them a Defusion Manual and cannot see the bomb. The 2 players have to communicate and coordinate with each other so as to defuse the bomb within time. The game does not have a single player mode and is designed to be a interactive cooperative game.

Developed by Impulse Gear and published in association with Sony, Far Point is a game for the PlayStation Virtual Reality platform. It is a sci-fi adventure game set on a hostile alien planet. The plot revolves around a team assigned to pick up scientists engaged in the study of an anomaly near Jupiter. The team and the scientists are transported to a unknown alien world following a rupture to the anomaly.

The player being separated from his team has to survive in the planet and escape. In order to do so the player has to reunite himself with his team and fight through the planet revealing its many mysteries. The game is highly imaginative and highly engaging with beautiful game play mechanisms. The player can play single game or can play co op to fight their way through the blood thirsty aliens.

A narrative adventure game, Lone Echo is developed by Ready At Dawn and published by Oculus Studios. The game’s plot revolves around a space station orbiting Saturn, in the year 2126. The player takes up the role of Echo One (a service android) nicknamed Jack aboard the mining station Kronos. As a result of a spacial anomaly the station’s vital systems are fried and Jack and Olivia Rhodes, a human crew member, has to repair the damage and identify what the anomaly was.

The player is in a zero gravity environment and has to move through and explore the space station by grabbing and pushing off the environment. The game has both exploration and puzzle solving elements attached to it and the player has to make the best use of the various tools and gadgets available. The game apart from allowing Single Player mode also features a multiplayer mode known as Echo Arena.

Dear Esther developed by Thechineseroom is a first person exploration game for multiple platforms including Windows, Mac OS etc. The game involves the player exploring an unexplored island in Hebrides and involves unwinding the mysterious death of a woman. The player throughout the game has to read a series of letters of a man to his deceased wife (the woman mentioned above) to unwind the mystery.

Each geographical area unlocks new letter fragments revealing a aspect of the story. The gameplay and plot is minimal, however the game features exceptional exploration capabilities with a player being able to explore derelict buildings, shipwrecks, caves etc with their own uniqueness. The player is kept interested in the plotline and exploration by the randomness of the letter fragments he gets. The randomness forces him to draw his own ideas into the story. The game however ends with a rather grim conclusion.

Developed by Kunos Simulazioni for Oculus Rift the game puts the player in the driving seat of a high speed car and provides a immersive realistic racing experience to all those obsessed with cars and racing. It is a racing simulation game offering multiple tracks and race cars and developed using complex physics and tyre simulation methods on racing tracks.

The player has a very high degree of freedom on how to pursue the game and can determine multiple elements including the degree of assistance, gear ratios, tyre compounds etc. This game provides a user with the sense of being an actual racer.

Developed by Wolf and Wood Interactive Ltd A Chair in a Room : Greenwater is a horror game where the player wakes up in an enclosed deserted room with nothing more than a chair. The player is unaware of the events that led upto this confinement and during the course of the game unravels the mystery as to how he ended up there. For this purpose the player explores mind numbingly scary memories.

The game integrates beautifully elements of horror and exploration and also involves solving puzzles as the game progresses. The general environment of the game is beautifully designed and is definitely creepy which it should be. The game takes the player through a journey into his own psyche where he tackles corruption, immortality and murder.

Ever wanted to be a mountaineer and climb the largest peaks you see ? The Climb developed by Crytek in association with Oculus VR is the best away to fulfil that desire right now. The game involves the player stepping into the ‘hands’ of a rock climber who climbs rocky and hilly terrain in the backdrop of exquisite and awe inspiring graphics.

The climber has to climb until a particular stage is complete. He/She is exposed to fatigue and the player has to ensure that the reach and stretches made do not make his hand lose grip. The game requires a certain amount of patience and effort and is a joy to play.