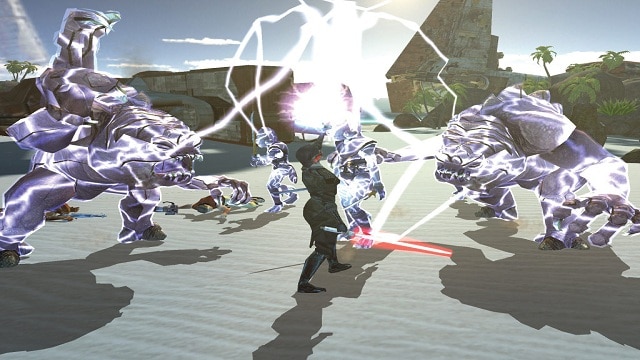 2018 was by far the best year that video games have had in a long time, at least in my opinion. While 2016 and 2017 had some standout titles, the industry was mired in controversies, both external and of its own making, and games that had been predicted to dominate the charts quickly fell into obscurity.

But in 2018, it seemed like the industry could almost do no wrong. The year started off strong with the release of Dragon Ball Fighter Z and Monster Hunter: World, two titles from long running series that left critics and fans alike proclaiming them to be some of the best games either series had ever offered. The trend continued with stand out titles like God of War, Far Cry 5, Spider-Man, and Read Dead Redemption II shattering sales records, and winning acclaim from critics and gamers alike.

As we move ahead, the world looks very bright for video games. While a few recent stinkers, like the troubled release of Fallout 76, the major disappointment of Overkill’s The Walking Dead, and the closing of Telltale Games has left us ending 2018 on a bit of a sour note, the promise of many amazing games to come has us optimistic about the coming year.

To help get you hyped up for all of the great things coming our way, I’ve put together a list of three forthcoming games that I think will completely astound us all in 2019. So, read up, hop on your favorite gaming site (or make your own), and get to building the excitement for these amazing titles coming in the new year!

A remake of the beloved Playstation title from 1998, RE2 will cast players in the role of either Leon Kennedy or Claire Redfield, a rookie cop on his first day of duty, and a young college student seeking her missing brother, a police officer with the Raccoon City Police Department. Both characters arrive to a Raccoon City overwhelmed with chaos, torn apart by destruction, and crawling with zombies and other, horrifying monsters.

Keeping the over-the-shoulder, third person camera that was so well received in Resident Evil 4, players will navigate through a city on the brink as they collect and manage scarce resources, solve puzzles, and fight off a barrage of unspeakable horrors. Capcom has promised that while the graphics, sound, and certain story aspects are being retooled for modern gamers, who may have missed the original, the compelling storyline, iconic characters, and series staples that made gamers fall in love with the original will leave fans thrilled!

When FromSoftware put Hidetaka Miyazaki in charge of a struggling project called Demon’s Souls, he was told that there wasn’t much hope of saving the sinking production, and that he could do what he wanted. While it wasn’t a runaway hit, Demon’s Souls did well enough that Miyazaki was allowed to carry his innovations into a follow up game, which would be Dark Souls. It would come to be regarded as one of the best video games ever made, and would spawn a series of titles that have captured the hearts of gamers all over the world.

Next March, Miyazaki and his team are set to wow us all yet again with Sekiro: Shadows Die Twice. While we don’t know a great deal about the game, we do know that it will center around a ninja in Feudal Japan, seeking to reclaim his kidnapped lord from a rival clan, who cut off the ninja’s left arm, and left him for dead.

Players will take on the role of the vengeful ninja, now dubbed Sekiro, or “wolf” in Japanese, whose severed arm has been replaced with a strange prosthetic that can transform into an axe, spear, and an assortment of other devices. Players will battle across historic Japan, encountering other ninja, humongous samurai on horseback, and what appears in trailers to be a giant serpent.

The Soulsborne series, as fans refer to Miyazaki’s games, are noted for their brutal difficulty, high level of character customization, and emergent, obscure storylines. While it hasn’t been ruled out, the innovative multiplayer functions of the Soulsborne games seem absent from Shakiro, implying that this will be a single player focused experience. Miyazaki has gone on record and said that he wants to keep what has made his previous games so beloved among fans, but introduce some new elements in Sekiro that will deliver to us an experience we didn’t even know we wanted.

Coming off of one of the most successful Kickstarter campaigns in history, there’s a lot of expectations riding on Bloodstained, an indie title helmed by Koji Igarashi, who made his mark in the industry creating some of the best titles in the classic Castlevania series.

Bloodstained promises to be a spiritual successor to games like Castlevania: Symphony of the Night, which helped give rise to the Metroidvania sub-genre of video games. Bloodstained will cast players as Miriam, a warrior who awakens from a coma that lasts for 10 years.

She finds that her body has been infused with magi-crystals, stones infused with demonic power, which allows her access to incredible abilities. At the behest of a sympathetic alchemist named Johannes, she enters the Demon Castle to seek Gebel, another warrior infused with the crystals, and halt the demonic invasion he has orchestrated.

Itself a Metroidvania title, Bloodstained will see players explore the Demon Castle as they explore its hallways and dungeons, gain new abilities, and fight horrific demons and bosses along the way.

If we know Iga, this game’s setting is going to be a huge, interconnected map, that will require a great deal of exploration and backtracking to unlock all of its secrets. We can also expect that crafting will play a vital role, using materials gathered from enemies to forge new weapons and armor that improves Miriam’s health and attack power.

Most importantly, we can expect that the melee and magic combat that Iga has been refining since Symphony of the Night will reach a new peak of excellence, and will make Bloodstained the best Castlevania, that isn’t a Castlevania, ever released!