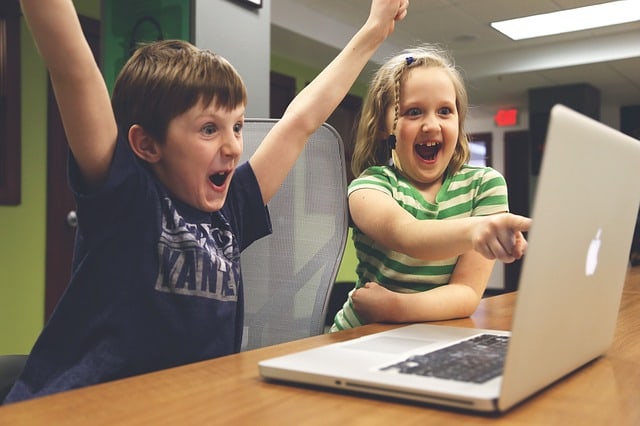 As a child I was and now also, I am fascinated with the complexity that life offers. Wanting to know how others live their life or what is happening to someone in America while I type this article down is something that has been with me ever since I became capable of comprehension. Wanting to see their life through their eyes, wanting to understand their circumstance through their own mindset is something that even at this point of time seems impossible.

However, we do have certain consolations and I believe video games to be one of them. Offering a person with the choice of being a stoic assassin or an adventurer conquering alien species in space or with the choice of being a stealthy thief or a bloodthirsty thug, games in one way or the other exposes us to a different perspective to life and gives us within certain parameters the understanding of that life and also control over that life. This has always been my reason for being a gaming addict and the following are some of the games in 2022 that I would love to play and get addicted to.

Taking place between the events of the fictional epic Hobbit and the Lord of the Rings, Middle Shadow of War continues the journey of a Gondor Ranger Talion which began from its prequel Middle Earth: Shadow of Mordor. It is an action role playing open world game played in third perspective. The protagonist is a ranger possessed by the spirit of Lord Celebrimbor, an elf lord.

The game involves the player continuing the events of the prequel when Talion had forged a ring of power (which does not corrupt its wearer) and involves him rallying support to mobilise an army against Sauron. The game uses a Nemesis system to determine a player’s interaction with multiple characters. The game offers a large number of main and side quests for a person to dive into.

Tom Clancy’s universe is something that has repeatedly enthused and amazed its avid subscribers. From being a stealthy and highly skilled intelligence spy to being the ultimate task force for the military the games have never lost its edge. Upholding this tradition is Ghost Recon: Wildlands, the new instalment in the Ghost Recon franchise. The game developed and published by Ubisoft is the 10th instalment in the franchise.

Unlike the rest of the games is the series this game features Open world gameplay and is described by Ubisoft to be one of their biggest open world games. The game is a third person tactical shooter with a optional first person mode available. The player plays as Ghosts, who are members of a fictional elite special operations of the United States Military (the Unit is also known as Ghosts) and has to use a variety of equipments (mostly the normal equipments used in our contemporary world) to eliminate their targets or meet an objective through different terrains.

The game has a very good AI system requiring the players to play tactically and strategically taking into factors like time of the day, the mode of entry etc. Overall the game is one must play.

Assassin’s Creed is one franchise that even non-gamers would have heard. A franchise which portrays the conflict between Assassins and Templars, Assassin’s Creed has taken us through the Crusades, the Renaissance, the French Revolution and the Industrial Britain, making intricate ties with historical elements forming a distinct class of historical fiction by itself.

Assassin’s Creed : Origins takes the player to the land of pharaohs and features beautiful graphics and multiple new gameplay features. The game features a revamped eagle vision feature where the player uses a companion eagle to scout the area in place of the superhuman visual comprehension that the assassins’ used to have.

The game also features the return of the naval combat and underwater exploration system along with Tomb Raiding. The game also introduces a advanced mechanism where the assassin tames wild predators to be his companions and aides. The hit box system will change the combat mechanism of the game and will make for more challenging and entertaining missions.

A stand alone expansion to the Uncharted series, Uncharted : Lost Legacy explores the story of Chloe Frazer on her adventure to claim the Tusk of Ganesh. The game is set in beautiful mountains of India and is developed by Naughty Dog and is published by Sony Interactive.

The game is in third person and involves the protagonist along with her companion Nadine Ross steering towards their objective amidst a civil war. The game has action and stealth elements in it and involves plunging oneself into a mysterious narrative with puzzles, villains and more.

The game has a advanced combat mechanism and an intelligent AI that respond to player’s tactics and playing style. The game takes you through multiple environments from towns to the treacherous mountains and is slated for release in August.

Military combat usually has an up close and personal touch to it, where you break the door open and gun the people down. But sometimes the bad guys never really get to understand how they died and this is the mark of a sniper’s work. They hear a sound and before they know it a bullet has gone through their eye and into the adjacent wall. Published and Developed by Rebellion Developments, Sniper Elite 4 brings the story of a Sniper right into your living room.

See also  Top 8 Bitcoin Alternative Cryptocurrencies You Can Use Today

The game is a third person tactical shooter and is particularly known for its X-Ray Kill feature. This feature gets activated when the player kills the target from a long distant and picks a perfect point in the body where death is imminent. When such a shot is made the game shows the traversing of the bullet through the air in slow motion and shows the bullet entering and sometimes leaving the body of the target in X-Ray vision.

Being in X-Ray allows the games to emphasise on the actual damage that was made on the target. This system now also covers shrapnel, melee and stealth kills. The game features a new AI system with intelligent enemies, a new “officers” rank feature and a new movement system.

The 4th instalment in the inter galactic RPG adventure saga, Mass Effect : Andromeda puts you in the shoes of Sara or Scott Ryder. Developed by Bioware Montreal and published by EA the story explores humanity’s endeavour to populate new worlds. The game is set in the Andromeda Galaxy and follows the life of the character as he/she progresses from an inexperience rookie to the Pathfinder for the Andromeda Initiative.

The game follows a similar structure found in the other instalments with improved graphics, larger world and a tweaked combat system. The game is very immersive and is a stellar example of Role playing with the player’s choice having a impact on the storyline.

7. Dishonored: Death of the Outsider

A standalone expansion to Bethesda and Arkane studios’ critically acclaimed series, Dishonored : Death of the Outsider take place after the events of Dishonored 2. The game is about Billie Lurk and his mentor, Daud exploring the city of Kamaca in order to find and kill the Outside, who spreads chaos in the city.

The story of the game will revolve around Outsider’s past life. The game will have the stealth and combat elements that the series is known for and will surely make for an exciting adventure.

Developed and published by Capcom, RE 7 is a survival horror game and follows the story of Ethan Winters in his search for his Mia. His search brings him to a plantation inhabited by Baker Family where he has to fight the family and humanoid forms of bacteria.

The game was released in January 2017 with VR capabilities and has a first person perspective. Unlike previous installments RE 5 and RE 6, RE 7 gives special emphasis to horror and exploration over action, where the player can by means of stealth or flight avoid confrontation with the baker family who if fought can only temporarily incapacitated.

Set in the year 2559 in the science fiction universe of Halo series, Halo Wars 2 is a sequel to the 2009 game Halo wars and features the return of the crew UNSC warship Spirit of Fire. Developed by 343 Industries and published by Microsoft Studios, the game requires the player to engage in battle with the other faction from a base of operation that the player establishes.

The game features a new alien faction known as the Banished and builds upon the foundation of its prequel. The game belongs to the military science-fiction real time strategy genre where players command their army from a bird’s eye view of the battlefield.

The story of the plumber who is on his adventure to rescue Princess Peach is one known to all. Developed by Nintendo, Super Mario Odyssey is all set to come back with advanced game play mechanisms and features. The game allows for free roaming exploration similar to that in Super Mario 64 and Sunshine.

The game involves Mario travelling to multiple worlds known as Kingdoms in his ship Odyssey and uses new unique designs from photo realistic citirs to fantasy worlds. Throughout the game Mario has to find Power Moons to power his ship and gain access to new worlds.

The game adds to Mario’s existing moves and allows Mario to now use his cap to attack enemies or act as temporary platforms. The cap is possessed by a spirit called Cappy and alongside this has new features known as Capturing, using Tanks etc. The game is slated for release in October.

Developed by Ubisoft for Windows, PS 4 and Xbox One, For Honor is a hack and slash fighting game where players take the role of historical soldiers in a medieval setting. The player has the choice of being a knight, samurai or the vikings. The soldier type determines the player’s faction. Knights belong to The Legion, Samurai to The Chosen and finally Vikings to The Warborn. Each faction and soldier type also allows for different classes with different fighting techniques from Vanguards to the Hybrids. Each of these classes have their own unique abilities and weapons. The game offers multiple downloadable content.