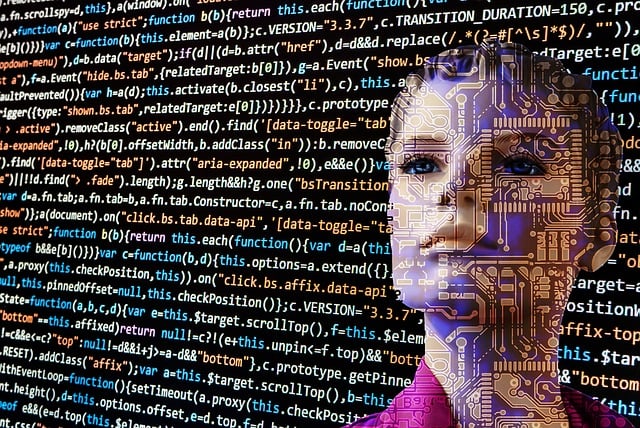 An artificial intelligence driven system of work is capable of simplifying it to a very large extent. For instance, in the field of Finance to make accurate predictions and decisions one had to surf through hundreds of pages of confusing figures and data to reach at one vital point or sentence. If the computer were doing this work this would be done easily and without inordinate delays making the process much more simplified.

An artificial intelligence driven system is capable of providing the most accurate results to the activities it is capable of performing. The accuracy of these results are very high and errors are rare if non-existent.

It is an undisputable fact that we humans don’t do well with mundane repetitive tasks. But artificial intelligence systems don’t feel bored nor do they get tired in doing such things thereby making them efficient in doing such tasks.

4. Used in all Environments

Artificial intelligence systems can be used in almost all environments, even in those environments where human beings cannot properly carry out work. For instance, we send AI systems backed probes and robots to outer space and other planets to understand the environmental factors and to conduct tests and other research investigations. For a human to go there is difficult but possible, but to effectively run tests and other research exercises there will be a near impossible and impractical act. In similar situations the development of AI greatly benefits us.

Artificial intelligence systems have played a very important role in allowing for simulations of various events exactly as if it would have been a real event. This allows for a person to understand how things work. For instance, there are driving simulations that allow for a person to understand the basic mechanics of a vehicle before taking the actual vehicle onto the street. It is a fact that simulations can never really prepare you for everything but it does prepare you for something which would not prove unfruitful at any point.

Security and Protection of both data and physical property is a very important benefit of artificial intelligence systems. It is true that even the most advanced AI could be overridden but that does not take away the fact that overriding and compromising such security and protection requires a lot of effort and that with effort even traditional conventional measures can be compromised.

The costs of artificial intelligence systems are sky high and are not affordable to most people. In a way this is quite reasonable considering the fact that it requires advanced programming and work to create a working AI system but that does not negate the fact that it is not inexpensive enough for more people to use.

Apart from being expensive AI systems are difficult to maintain and repair. The first impediment is the cost again but a more important difficulty is the need for investment of constant work and effort. The artificial intelligence system has to be able to adapt to changes which are brought about by human programmers by changing the instructions hardwired into the AI. The repair if any damage occurs also has to be done with considerable effort so as not to effect the working of the system.

This requires some elaboration. An artificial intelligence system is very effective and accurate as already mentioned as an important advantage. However this effectiveness of AI is only possible within the limitations or confines of the programming of the software. It can only be effective in cases for which the programmer prepares it for. For instance, an AI to identify songs will not able to identify restaurants. Thus when the programmer doesn’t contemplate or prepare a system for something then such systems will be grossly ineffective in handling such aspects. This becomes a major disadvantage as the environment in which an AI may perform does not necessarily remain constant and may rapidly change.

This is a major drawback of any artificial intelligence system. In the traditional conventional system humans participate and use their skill and effort to get the work done. But in this AI model the only skill, effort and participation is in programming the artificial intelligence system and then the machine does the work on its own within the given parameters. This becomes a major drawback when there is a strict need for human element. For instance, some activities require human judgement and not machine judgement. This is why a fighter pilot in a fighter plane will be more effective in picking the right targets than a remotely controlled drone.

This is a collateral damage brought about by the use of artificial intelligence systems. People who were employed in doing that job gradually but surely will lose their jobs and there will be unemployment.

Artificial intelligence systems do not feel and therefore will not be able to work with empathy for others or for the greater cause which is at stake. This becomes a major disadvantage as machines can never be motivated to work harder beyond what it is programmed for.

The artificial intelligence system provides abundant scope for misuse. The entire system works on the programming of the system which can be altered to be made detrimental to what it was actually set up for. For instance, when servers with confidential data is hacked such data will be completely compromised when the primary aim was to keep it confidential and secure.