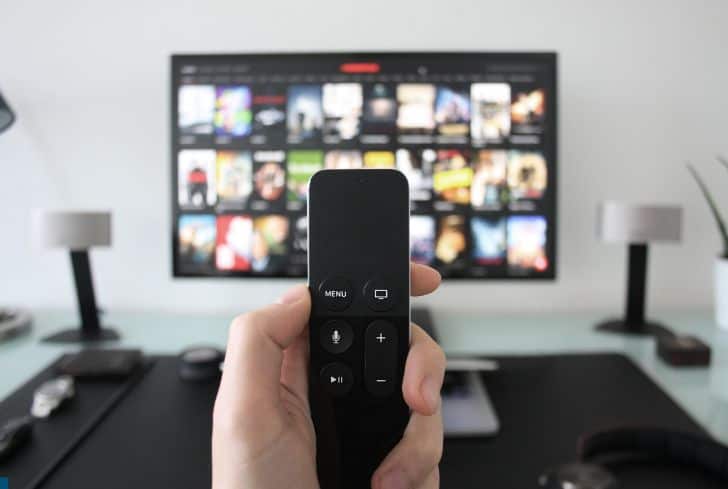 You have heard about the release of the Apple TV, and even though you have a smart TV, you still wish you owned another Apple product, and not just any product but an Apple TV.

Now, you’re asking, “Is Apple TV needed with a smart TV.” Does this sound like a question you have in mind? If yes, you’re in the right place to find the answers you seek.

Apple has been a great brand over the years, dishing out innovative gadgets back-to-back. Unfortunately, the Apple TV isn’t standalone, as the name suggests. It is a device that lets you stream content on your smart TV.

Let’s look at the various questions many people have been asking about the Apple TV.

Do I Need Apple TV If I Have a Smart TV?

Yes, you need Apple TV if you have a smart TV, but that would depend on whether the smart TV you have supports the Apple TV app or not. In other words, if your smart TV has built-in Apple TV app, you may not have to splash the cash on an Apple TV streaming box (Unless you fancy getting one for yourself).

However, if the smart TV you own doesn’t have built-in Apple TV app, then you have to get the Apple TV box.

You can access must-watch media content from Apple via the TV streaming box or app. And note that the Apple TV is a decent streaming box similar to Fire TV and Roku TV.

Now, here’s another thing you need to understand. The Apple TV box or Apple TV app gives you access to Apple TV+, a subscription-based service similar to Hulu and Netflix.

So, note that if the Smart TV you have doesn’t support the Apple TV app, and you decide to get the Apple TV device, you still have to subscribe to have access to content that Apple TV+ offers.

The difference between Apple TV and smart TV are diverse, but before we dive into them, let’s explain what both terms represent.

The smart TV, as the name implies, refers to a TV that allows users to obtain and stream media content from various sources when connected to the internet. These are the latest TVs packed with advanced and high-end technology.

The Apple TV is a device created by Apple to serves as an extension for your TV. This device makes it possible for users to stream their favorite TV shows in higher resolution.

A Handy Tip: There are two models and two forms of the Apple TV for clarity purposes. The two Apple TV models are HD and 4K. The two forms are an application commonly found in the latest iPad and iPhone models (now on select smart TVs), while the second is the Apple TV streaming box, which boasts a remote control.

With the remote control, you can enable voice search on your TV. And even though most smart TVs support the voice search option, the Apple TV streaming box performs far better than them.

Now, let’s go back and discuss the differences between Apple TV and smart TV

The difference in picture quality between Apple TV and the smart TV is quite apparent.

This is not to say you can’t find quality content on Smart TVs. Smart TV allows you to access a considerable amount of 4K HDR content. Nevertheless, with Apple TV, you’ll have access to more 4K media streaming platforms than Smart TVs offer.

Another difference between the Apple TV and the smart TV is the price. Though the price of Apple TVs depends on the gigabyte, these devices are more affordable than smart TVs.

So, if your current smart TV doesn’t support the Apple TV app, and you would like to use the app, the best option for you would be to get an Apple TV streaming box.

Besides being more pocket-friendly, Apple TV lets you stream quality content, which you can’t have access to with the options available on your Smart TV.

The latest Apple 4K TV comes with amazing features and a sleek remote control that makes navigating through your streaming apps a breeze. On the remote control, you’ll find a button by the side.

See also  Use of Robotics in Education and Why is Robotic Education Important?

With a push of this side button, you can put your TV in “Siri Mode,” allowing you to navigate your streaming apps and other content via voice search.

Now, do smart TVs boast such functions? Yes, most smart TVs support voice search, but they are not as effective as Apple TV devices.

Do You Need Apple TV With Samsung Smart TV?

So, check your Samsung TV, and take note of the model. If it doesn’t have the TV app in-built, get the TV streaming box to gain access to quality content.

Many people fancy using Apple TV for many reasons. Besides allowing you to stream quality content, it lets you easily navigate through your streaming apps and media content.

Please, note that using the Apple TV won’t make the video you’re watching load faster. But if you want quicker navigation, superior to even the most high-end smart TVs, Apple TV streaming box is a wise choice.

In plain terms, Apple TV’s interface is easier to navigate than even the high-end 4K TVs.

However, if the model of smart TV you have or the one you plan to buy doesn’t have the Apple TV app, don’t beat yourself up. You can get the Apple TV box and enjoy quality video streaming services.

Is an Apple TV or a Smart TV Better?

Apple TV is far better than a smart TV. At least, it is a wise choice for people sick and tired of the ads popping up on their smart TV streaming apps now and then. With Apple TV, you’ll have a better user experience.

Here are other reasons Apple TV is better than smart TV

Tons of smart televisions are notorious for sending users’ information to the manufacturers when connected to the internet. So, your privacy could be invaded by streaming content on the smart TV.

Furthermore, note that Apple isn’t protecting your account information or streaming activity when you use the Apple TV app on a smart TV. The hardware companies running Apple’s application are the ones responsible.

Apple takes users’ privacy seriously, but the hardware company running its app may not have the same standard for protecting users’ information.

So, the Apple TV streaming box is a wise choice if you want peace of mind when streaming content online. Apple will protect your information from theft, and you won’t be spied on.

Apple has redesigned its TV streaming box remote. Now, instead of the old touchpad, it boasts the traditional D-pad.

The Apple TV streaming box remote makes navigating the Apple TV apps a breeze. You can navigate through hundreds of apps and media content super fast.

The Apple TV remote lets you put your TV in “Siri mode” and use voice search to find your desired media content or apps.

Conclusion: So, is Apple TV needed with a smart TV?

Yes, you need an Apple TV if the Apple TV app isn’t pre-installed on your smart TV. However, most people still prefer the Apple TV streaming box because of its security and convenience.

When you stream content with the Apple TV streaming box, Apple protects your account information and streaming activities.

The Apple TV makes streaming content a breeze. It boasts a remote control that allows you to navigate through the hundreds of streaming apps and media content with ease. And compared to smart TVs, the Apple TV is quite affordable.