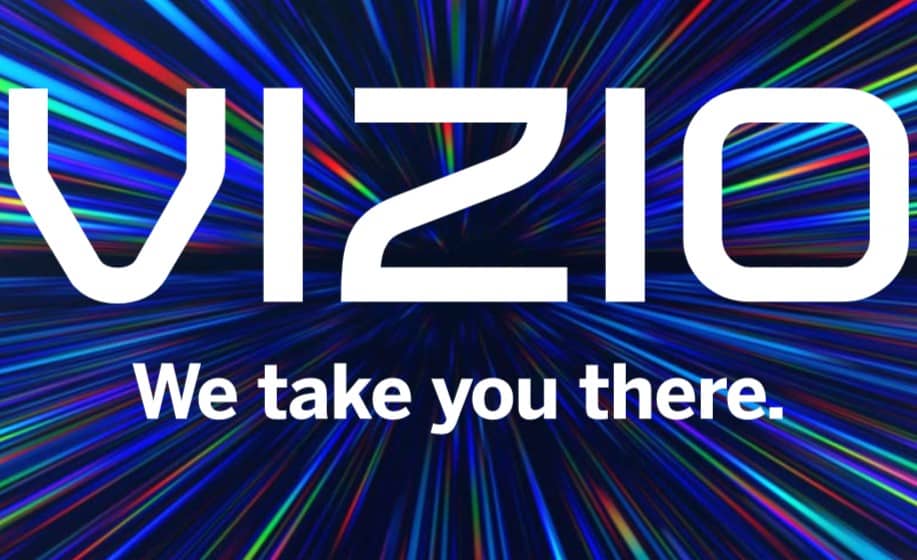 When you search for an affordable TV, most likely, you’ll likely land on a page that sells Vizio-branded TVs. A retailer will also point you to a Vizio Tv when you ask for a TV that won’t hurt your pockets.

And because Vizio is synonymous with affordable but high-end products, you’d easily assume the name is well-known. But, surprisingly, that is not the case. Also, there’s a lot of confusion surrounding Vizio and Vizio-branded products.

Is Vizio owned by popular companies such as Sony or Samsung? Is Vizio an American company? It’s sort of weird when the information surrounding a company that deals with one of the best products in the market is scant and confusing, right?

Luckily, we’ve dug deep to get credible facts about Vizio. Read on to learn pretty much everything about Vizio.

Who is Vizio Owned By?

Vizio is an independent, publicly traded company with headquarters in Irvine, California, U.S. and a brand of its own. It was founded almost two decades back in 2002 by William Wang and used to be known as V Inc. In 2004, it’s name was changed to Vizio. So, it’s right to say Vizio owns Vizio. The company deals with electronics and trades as NYSE: VZIO.

However, you can get confused because Vizio products, while relatively cheaper, are of high quality, with excellent designs and features. One can mistakenly assume the company is owned by one of the big brands such as Samsung.

This is what Vizio says about itself:

“Founded and headquartered in Orange County, California, VIZIO Holding Corporation has a mission to deliver immersive entertainment and compelling lifestyle enhancements that make our products the center of the connected home. We are driving the future of televisions through our integrated platform of cutting-edge Smart TVs and powerful SmartCast™ operating system.

In 2016, The Verge reported that a Chinese tech company, LeEco had acquired Vizio in a $2 billion deal. But later, Vizio pulled out of the deal accusing the Chinese company of “regulatory headwinds.”

Who is William Wang? (Co-founder of Vizio)

See also  Where are Vizio TVs Made and Who Makes Them?

Mr. Wang holds a Bachelor of Science in Electrical Engineering from the University of Southern California. Mr. Wang was selected to serve on our board of directors due to the perspective and experience he brings as one of our founders and as one of our largest stockholders, as well as his extensive experience within the television manufacturing industry.

Based in Irvine, California, Vizio company was founded in 2002  by William Wang. Since then, William Wang has been the company’s chief executive and majority shareholder. Other key people in the company are Adam Townsend as the Chief Financial Officer, Bill Baxter as the Chief Technology Officer, and Mike O’Donnell as the Chief Revenue Officer.

Mr. Wang formed the company after noticing a trend of widespread overpriced Tvs in the American market. That’s why he thought of different and distinct business structure and models, with the average customer at heart. Now, the company has customers all over North America.

Vizio sells devices to retailers, wholesale clubs, and directly to consumers in the United States. Their supply chain and manufacturing partners are based in, or have operations in countries outside of the United States including Vietnam, China, Taiwan, Thailand and Mexico.

Here are the people who are currently serving as a Board of Directors in Vizio.

While the popular brands assemble and make their products, Vizio operates in a distinct business structure, with Mr. Wang creating three departments for product design, manufacturing, and sales.

The team tasked with creating quality Vizio products, especially TVs, is based in 39, Tesla, Irvine.

Because Vizio needs to compete with industry giants who, over the years, have developed strong brand names, such as Sony, the team designs the products with cost and user experience in mind. That’s why they use the latest and best technology.

The design team works closely with the manufacturing department to offer customers discounted but quality products.

The company has partnered with Asian companies, including Foxconn, BOE, Tonly, KIE, Innolux, Zylux, and TPV. TV sets from Foxconn, Taiwan, are exclusive 60 inches, while most of the smaller Vizio TVs are made by companies from China.

These third-party corporations are responsible for building, assembling, testing, and packaging Vizio TVs. The companies own the non-exclusive license rights of the technologies they use – Vizio doesn’t have most of the intellectual property rights.

However, due to recent tensions between US and China, Vizio is working on shifting its manufacturing from China to other Asian countries such as Vietnam and Taiwan.

After the different manufacturers finish assembling and testing the Vizio products, they ship the finished goods to the US, the home of the last department.

Because Vizio is a small company, the only way to compete with big brands is to offer their products at low prices. The company overlooked opening its stores and sought other feasible options.

One of the ways that Vizio has used to grow into a successful brand in the competitive market is by selling its products via discount retailers and warehouses, including Wal-Mart Stores, Wholesale Club (BJ’s), and Costco Wholesale Corporation (Costco). The Vizio sales team approached these retailers, asking them to stock their products.

The other way Vizio sells its products is direct to the consumers and through other established stores such as Amazon, Target, Best Buy, and Sam’s Club.

Various Products Made by Vizio

As a company dealing with electronics, Vizio makes the following products.

Universal Remote Control – this remote is compatible with all LED/LCD Vizio TVs.

VIZIO Elevate Sound Bar – This robotic soundbar rotates automatically to deliver one of the best sounds you can find in a speaker.

Vizio Inc. owns Vizio TV company. It outsources the manufacturing and assembling of different parts of its TVs from third-party companies in Asia, including Foxconn, BOE, Tonly, KIE, Innolux, Zylux, and TPV.

Because of this business model (which results in discounted products), you might wonder if the Vizio Tvs are high quality or worth your money. Of course, objectively, Vizio Tvs are not better than, say, Samsung or Sony. But if you’re on a budget, Vizio Tvs are a great value.

Apart from affordability, those who have bought the Vizio Tvs from different retailers like them for the following reasons;

Every TV viewer wants to watch their favorite shows and movies on a high-quality display. Because the design team uses advanced technology such as LED, LCD, and OLED in its high-end screens, the final products have one of the best displays, making Vizio one of the best-selling TV brands in America.

Even in dark rooms, you can trust all models of Vizio Tvs ( from mid-range to high-end models) for better picture quality with sharp, bright, and great color. The screens can also produce black shades enabling you to see pictures clearly and create a wonderful movie-watching experience.

The input lag of a TV is the time it takes to generate a picture on the screen. If you use your TV for just watching, you cannot notice this period as it happens in a flash.

Unlike the most well-known brands, Vizio Tvs have more connection ports, so you don’t need to buy unnecessary cables and dongles.

And regarding the operating system, Vizio smart TVs are powered by Chromecast OS, with excellent features such as Smart interactivity. With this feature, you can customize your TV according to your preferences, giving you an interactive experience and make watching fascinating.

For electronics generally, it’s hard to determine how your product will last (it depends on the usage).

That said, Vizio Tvs are sturdy enough to compete with established brands in the market. Some customers have used Vizio Tvs for 10 years and say they’re “extremely durable.”

What’s more, unlike many TVs, Vizio TVs are easy to set up even for non-techies due to their traditional setup methodology. Also, the smart models come with QWERTY keyboard remotes so you can use the web seamlessly.

That said, some people who have used Vizio Tvs complain of unpolished, cheap-looking products. Others complain of firmware issues, but you can fix some of these with software updates. The upscaling of Vizio TVs is also not as great as the big brands if you’re using content from SD cards and DVDs.

Is Vizio Owned By Sony?

No, Sony doesn’t own Vizio. Although Sony is a big multinational conglomerate, owning many companies and brands such as Aiwa, Sony Ericsson, Pixim Electronics, Softkinetic Electronics, and others (get the entire list of companies owned by Sony here), Vizio is not among them.

Vizio is a public company with William Wang as the CEO and the majority shareholder.

An independent company, Vizio operates by itself, and although small than Sony, it makes competing products thanks to their quality and affordable prices. Because of this quality consistency, it’s easy to think Sony owns Vizio.

The headquarters of Vizio is in California, from where it distributes its various products to its North American market.

Is Vizio Owned By Samsung?

As mentioned, Vizio is an independent company – so it’s not owned by Samsung. The two companies, however, deal with similar products, including TVs, but each operates independently. While Vizio is in America, Samsung’s headquarters is in Seoul, South Korea.

And like Sony, Samsung is also a big multinational manufacturing conglomerate owning many companies, including Nexus, SmartThings, Novaled, Loopay, and Simpress.

Is Vizio an American Company?

Yes, Vizio is an American company dealing with consumer goods, including TVs, soundbars viewer, data, and advertising. As a public company in the US, Vizio Inc. is listed on New York Securities Exchange as VZIO.

Vizio, however, operates in a different business model, unlike most American companies. The company has partnered with third parties in various countries in Asia, including China and Taiwan, to manufacture its products. The design and sales departments, however, are based in the USA.

This different approach gives the company the leverage to produce high-quality products for the average American.