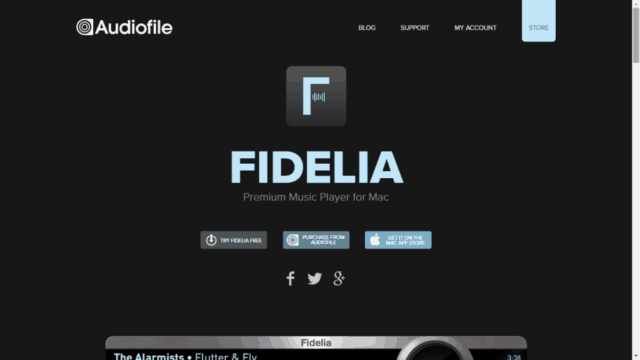 Music is food for the soul for most of us. And Apple can be said to have revolutionized the way we listen to music just like Walkman did it a few decades back. But iTunes alone could not satiate the newly unbridled thirst of the music lovers and let us go through a journey to find what we can unearth as replacement for iTunes.

Here we have shortlisted 9 best and most popular iTunes alternatives.

9 Best and Most Popular iTunes Alternatives

Just like a bee hovers around their hive, no music aficionado can do without a proper music management system and Musicbee is as best as you can get in the market. It goes much beyond being a mere music player and the seamless user interface and ability for customization including a 15 band equalizer, specifying the location for storage, screen layout and skin change enhances the user experience.

This is in addition to its other features like in-built browser, ripping facility etc. It is so good that it makes it into any list of iTunes alternative even though it is available only for windows.

This is the ultimate tool for the customization freaks who just can’t help but tweak under the hood. Then the somber looking default interface will undergo a metamorphosis with all sorts of plugins that can be added to the software. With this also comes a cross platform support for almost all formats and you have got a powerful tool on hand.

Moreover, it has an open component architecture that allows the developers to extend the functionality of the player. The software is compatible with all platforms as well. In short, this is the perfect sandbox for the music lovers, but make sure you don’t make it too complicated for your own good.

Rather than an alternative, Mediamonkey is perhaps the best replacement for iTunes that you can find on the net. You can directly sync you Apple devices using this without even opening iTunes (Can’t uninstall, need the iTunes drivers!!). Mediamonkey is perfect for the people with literally enormous amount of music to manage because that is the situation where the software shines through, and on top of it, it even has a portable version.

Among the wide formats supported in it, FLAC format support stands out which was a big No-No as far as iTunes was considered. Further, it also offers the ability to find and fill in missing track information. It also has a robust tagging and play list creation options as well. Sadly, it is available only for windows as of now and some features like smart playlists are available only in the paid Gold version. But the free version itself is a powerful tool for the novices and professionals alike.

According to Oxford English Dictionary, Fidelity means “the degree of exactness with which something is copied or reproduced.” And that is what Fidelia software swears by. The sole reason why it made it to this list despite being paid software is the overwhelming quality it ensures for a serious audiophile. Fidelia can be commercially used as well because of its accurate wavelength conception which is useful for professional music producers as well.

Apart from supporting a whole range of formats including the FLAC one not supported by iTunes, what gets it the jackpot is the ‘Izatope’ technology which helps speed up conversions. It also possesses headphone virtualization which brings out the natural sounds. And this Mac OS only software also boasts of an extremely navigable and intuitive user interface. What more does a music lover need???

Tunesgo by wondershare is perhaps the best alternative to iTunes possible as it facilitates media transfer to apple devices without having to install iTunes at all. But perhaps, the best feature of this app is that you can directly synchronize your iTunes library with android devices through this. It also trumps iTunes in that it offers a two way synchronization as well besides supporting a whole range of media formats.

Though it is available as a free version for both windows and Mac, the full potential can be unlocked only in the paid version which is more expensive as well. Mac users would have no choice but to purchase it once the trial period is over. But, the Windows version does not suffer from this handicap.

Tomahawk is more of an amalgamation of the best in the industry rather than a mere media management tool. Apart from an admirable performance of organizing the music on hand, what sets it apart is the way it takes care of what we yearn for rather than make do with what we have.

Due to its seamless integration with Youtube, Spotify, Rhapsody, Last.fm among many others, it literally trawls through all the connected sources and brings the best version of what we search for at our fingertips apart from the other info related with the albums and the artists. Custom stations, social media integration, playlist creation and sharing, tomahawk has got it all. And the best part is it that it supports Windows, Mac, Android and Linux. Sadly it does not offer any iOS support.

As the name makes it clear, the focus of the software shines through from the name itself. Minimal software with no frills, the software excels in the sync facility that it offers with a sleek and easy to use interface with provisions for transferring files from iPods to iPhones as well. It offers support for both Mac and Windows, the drag and drop function of the software enhances the user experience. Though the paid version offers all the options, the free version is also a bargain.

Ecoute can be considered as the perfect union of Mac and iOS and it takes the best of the music app core of the systems and brings in new feature and packages it in an easily navigable gesture based interface which once used to can be a pleasure to use.

It does so by replacing the native music player with its own player. This freeware also boasts of a brilliant feature where it can stream songs that are yet to be downloaded from iTunes Match, a night mode and integration with social media.

The name Swinsian itself has its roots in pleasing music and it does live up to its name. Basically, it’s a lightweight replacement for iTunes with more focus on the media playback part compared to its inspiration. But it boasts of a bigger range of supported formats including the FLAC one eschewed by iTunes.

It also has a seamless social media integration combined with metadata modification possibilities and auto detection of Airplay ports if applicable along with automatic sample rate switching. It also excels on the media organisational front as well with many useful features like duplicate file finder, auto-dead file delete etc. which tastefully blends with the multiple view options available. This Mac only version is sadly not a freeware.

In short, the offerings are many and each one excels in providing the best experience possible. The site has updated content on latest trends and other entertainment hacks that will suit your interest. So join the bandwagon and choose your pick and LISTEN away.