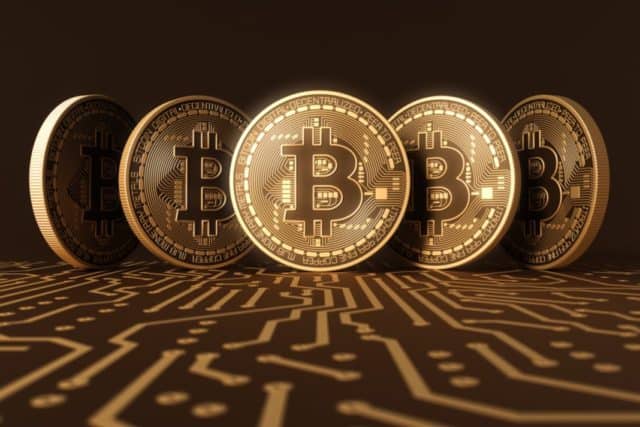 While Bitcoin is certainly on its way to earning mainstream success, other cryptocurrencies (or altcoins) are following suit. 2017 was a good year for a lot of them, reaching peak price points and some were even added to major exchanges around the world. However, a lot of financial analysts have noticed that a lot of these altcoins rely heavily on Bitcoin’s success. Even though some performed better than the most popular cryptocurrency, the latter’s success on the market is still a strong factor when it comes to altcoins’ performances.

This begs the question whether they will benefit from Bitcoin’s steady price increases expected this year. It’s also projected that some altcoins have the potential to equal Bitcoin in the near future. FXCM noted that altcoins have better features that might attract investors that would’ve previously been tempted to invest in Bitcoin. These features include faster transactions and more efficient technologies.

Based on their popularity and analyst projections for 2022, here are the altcoins to keep an eye out for.

Bitcoin’s biggest current rival is Ethereum. Like Bitcoin, Ethereum was also bullish the past year and it’s expected to grow even more in 2018. In fact, CEO of Funfair Technologies and Ethereum investor Jez San insists that 2018 will be the year of Ethereum, similar to how 2017 was regarded as Bitcoin’s year.

He cited that the altcoin’s blockchain, which makes use of smart contracts, is a strong feature as it has become an operating system for decentralized finance and commerce. Even though Ethereum still has a long way to go to catch up with Bitcoin, San regards it as the best alternative on the market.

The direct proportionality between Litecoin and Bitcoin is not surprising considering that the former was created with the intention to complement crypto’s biggest digital currency. As Bitcoin’s price goes up, generally, so does Litecoin’s. Quebec News Tribune even predicts that its price range will increase each month in 2018 and will be near the $1,000 mark by the end of the year.

Huge factors that will go in the altcoin’s favor include the advancements made in technology, some that have already been teased by founder Charlie Lee, like a soft fork that will let miners signal their minimum accepted fee in the block header. Last year, Lee made headlines in the cryptocurrency industry by selling almost all his own Litecoins, choosing to focus on upgrading his digital creation instead. Ever since that transpired, the altcoin has been rising, and experts believe it will continue to piggyback on Bitcoin’s success in 2018.

Since it was introduced, Ripple has been one of the top cryptocurrencies in the world. It has been also embraced by various financial institutions that make use of its blockchain for cross-border transactions. It’s this particular feature that gives the altcoin an upper hand against Bitcoin and has analysts predicting the possibility of upward trajectory.

Compared to Bitcoin and other more popular cryptocurrencies, Ripple is able to deliver 1,000 transactions a second, leading institutions like UBS and Santander to utilize the cryptocurrency. Although its price might still be low right now, there’s no way to gauge Ripple’s future progress, especially with the backing of established names in the finance world.

Back in January 2017, Dash coins rose 8,000%, about six times the increase of Bitcoin. Cryptocurrency reporter Jeff Kauflin noted that the altcoin is designed to make private transactions to prepaid debit cards, like SpectroCoin, which will enable the owners to use it wherever the crypto is accepted.

For now, there are only three known places where it’s accepted, two of which are ATM machines in Manhattan. Despite this limitation, it was revealed that the altcoin’s average transaction size has exceeded $10,000, leading many to think that it has the capacity to equal or maybe even go beyond Bitcoin.

Fortune predicts that Zcash could be worth more than $60,000 by the year 2025, a 150% rise from today’s price of just $400. The cryptocurrency firm Grayscale Investments compared the altcoin to Bitcoin, stating it has various similarities like a limited supply and decentralization, with these predicted to help Zcash’s future projections become reality.

They also alluded to how private Zcash transactions are, more so now with its new technology ‘zk-SNARKs’ is in place, which can mask the coin’s origin, destination, and the amount of units being used in a single transaction. With this layer of privacy, the company even argued that the altcoin could be integrated into Swiss banking, because it has assurances similar to how banks in Switzerland operate. If this happens, Zcash will undoubtedly have the power to be one of the most expensive cryptocurrencies on the market.

Currently, Bitcoin still reigns supreme as the most popular cryptocurrency, with the majority of altcoins depending on its economic success. But as other cryptocurrencies upgrade their systems and features, Bitcoin’s competition is bound to get more challenging in 2018.