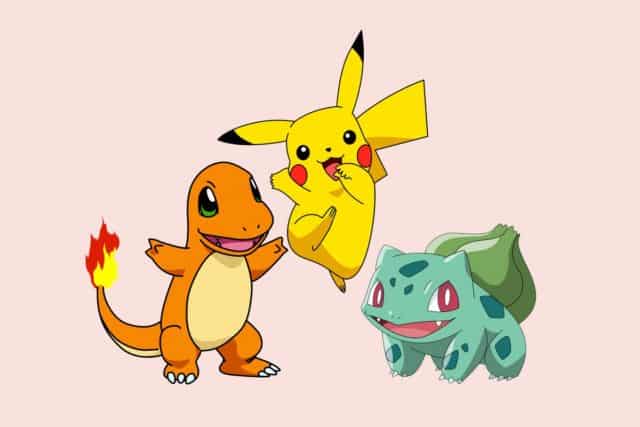 We have to discuss strength and power when it comes to pokemon. No matter how cute and fun the game or the character designs are, the game is about battles between colorful monsters living in tiny balls. So we will guide you through the strongest pokemon that are available in the games, some newer some old. We will exclude some legendary pokemon from this list since they are almost impossible to catch.

The most powerful pokemon in the whole of the pokemon universe is the pokemon god, the
creator of everything that exists Arceus. It looks like a horse, almost Pegasus like. But, unlike the Pegasus, it doesn’t have wings. It has two gold like rings around its bottom part. It is the first created and the pokemon out of which every other pokemon was created, directly or indirectly.

There are also many legendary pokemon that could be on this list. Like Palkia and Dialga. They are the first children of Arceus. Respectively they are the lords of space and time. Along with them, Arceus also created Giratina, the lord of antimatter. But unlike them, it isn’t as strong.

The three strongest legendary pokemon that reside on the planet Earth are Rayquaza,
Groudon, and Kyogre. Each of them controls one of the three primary elements. Rayquaza is the guardian of the sky or wind. It has separated the strife between the other two, Groudon and Kyogre. Once the strife was settled, the earth started to form hills, valley, seas, rivers, etc. Kyogre is the father of all water pokemon.

He controls all the seas and oceans. Groudon is the first mixed legendary pokemon. He controls the fire and ground elements. The magma below the surface of the earth, as well as the lands above it, are his dominion. It is said that earthquakes in the pokemon world are ways in which Groudon shows his displeasure in the way people are treating the planet.

No matter how strong the pokemon, all their names have been written and memorized with the special Pokemon font. Being distinct is something everybody strives to be. But to be distinct, you have to create something unique, the pokemon game is just that, but it also created its title in the perfect way. If you love pokemon and its fonts are sure to look up Free pokemon fonts online. Every true pokemon fan has to have a few of them.

If we based them on types and exclude legendary pokemon, we will conclude that the following are the best by type.

Fire, even if there is some debate which is the best, Mega Charizard is still the ruler. The mighty dragon was always a fan favorite for his cool design, and you know, being a huge fire-spitting dragon.

Electricity. Even if many fans love Ash’s Pikachu with a burning love, it isn’t considered the strongest pokemon in its type. Some think it is Pikachu’s evolved form Raichu or the living magnet Magnezone.

Dragon. There are many powerful dragon type Pokemon. The two who really stand out are
Dragonite and Salamence. If you need a dragon pokemon for your roster, you won&#39;t go wrong with either one of them.

See also  What is Machine Learning? A Definition

Water. Swampert is probably the best fighter in the water type pokemon circle. Some could give an edge to Blastoise, but Swampert is much more mobile. It also has a secondary type, ground, which makes it’s attacks far more versatile and hard to prepare for.

Rock. Some people might argue that one of the first pokemon we ever saw in the pokemon
anime, Onix is the strongest rock pokemon, but that isn’t true. The real king of rock type pokemon is by far Tyranitar. It is a huge pokemon, a mix between a dinosaur and a dragon, with some of the most powerful rock moves any pokemon could have. It is also very cute in its early evolutions.

Scissor is the king of both the steel and bug type. Its previous evolution, Sciclor, is the most dangerous praying mantis ever created. Even if he looks less like a bug in this evolution, he is still the most difficult bug nut to crack.

Psychic-type Pokemon has always been one of the most difficult to combat. We could say that /both Mew and Mewtwo, even if they are created by humans, are the strongest Psychic
pokemon.

If you want to make sure which Pokemon is stronger, it’s pretty simple in nowadays. You can install and play some pokemon games for free and fight with your friends.