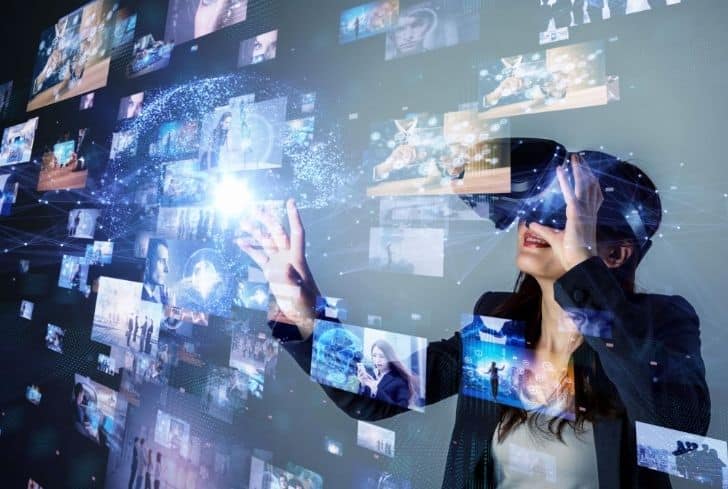 The recent emergence of cost-effective virtual reality technologies such as the HTC Vive, Sony PlayStation VR, Oculus Rift is gaining a lot of attention from researchers and users. It is considered to be the biggest stepping stone in technological advancements.

But the virtual reality (VR) is not a new concept; in fact, its history dates back to the 1960s, and the first commercial VR tool surfaced in the 1980s. For the last 20 years, many researchers have been exploring the processes, effects, and applications of VR, generating a plethora of scientific papers.

A Brief Look Into Current Scenarios

2019 marked as a growth year of this technology. And breakthroughs were not limited to the gaming industry, but its applications reached almost every sector. Presently, the technology has emerged to meet the needs of marketing, designing, education, retail, training, etc. The global market size of virtual reality stood at $10.32 billion in the year 2019, and the growth rate is predicted at 21.6% between the years 2020 and 2027.

Will Virtual Reality Ever Be Possible?

Set in the year 2022, the technology that is explored in Sword Art Online is not that far from reality. It is evident that we will not see an advanced robust system like SAO’s NerveGear in the coming two or three years. However, the core notion of Full Dive technology is no longer restricted to the fictional world. We are presently very close to figuring out the reality of the Ready Player One technology like Virtuix Omni and Teslasuit that offers an immersive and engaging gaming experience.

Developers are constantly exploring the potentials of virtual reality and made this technology more accessible. Considering the growth, we will certainly witness immersive VR technology on the commercial consumer market in the future. With the existing applications and benefits offered by virtual reality, the likelihood of future applications of more advanced systems appears more than ever.

The democratization of Virtual Reality has expanded its application to artistic and recreational activities as wells. Personal and everyday applications have also become possible, but there is still a long way to go. With researchers and developers aggressively working to explore new potentials of VR technology, we can witness many tremendous advancements in the coming ten years. Some of the breakthroughs of this technology will be –

Current research on volumetric 360-degree cameras enables the development of partial 3D reconstruction. By merely moving from bottom to top or left to right, this capture lets you visualize the scene better in your original position. To gain the same possibilities of moving and changing objects as in a virtual environment that is created by computer graphics, you have to leverage 3D reconstruction of the real environment captured by the 360-degree camera.

There are multiple solutions, and one of them is coupling a 3D laser scanner to the 360-degree camera. However, this only creates movement in the 3D environment and not in the 3D virtual characters. This is a challenge that the VR researchers and developers are working on.

In the virtual reality realm, an avatar is a term used to define a user present in the virtual world. The potentials of the avatar can be used to –
● Interact with the environment easily as your avatar features visual feedback on the sensorimotor actions. When you are not co-located with the avatar, the visualization will allow you to execute your tasks in a better way.
● Facilitate enhanced communication with other people represented by their avatars.
● To extend the representation of your body and its pattern with respect to psychological effects, especially in the execution of virtual therapies.

There is a lot of research and development to be done to perfectly model a virtual character or avatar.

The existing VR needs to be improved to provide –

It will take more than ten years to develop headsets with all the above improvements at the same time. But for RA video headsets, we can expect improvements with Hololens and Magic Leap products. The progress is centred around the real-time 3D reconstruction as well as analysis of virtual environments. Real-time scans enable a precise visual integration of the holograms with the real world.

What is The Future of Virtual Reality?

Virtual Reality is among the most significant technologies that project high growth potentials. In the coming years, investment in AI and VR will grow exponentially. Additionally, both technologies are imperative for digital transformations. Therefore, companies are going to leverage their potentials to improve their digital footing.

But we have to wait for many years to see the massive transformations that this technology is capable of. It will take even more time before the technology can be affordable enough for the general public.

With speculated revenues hitting around $120 by the end of 2020 for AR and VR, these technologies are all geared to create a significant impact in every sector. Here are some of the greatest ways VR will change the course of multiple industries.

1. Ease of Entry Into Commerce

Virtual reality carries the potential to transform the world via experiential marketing in the online landscape. While it might be applied to more practical applications in the digital world, we can witness realistic situations in the VR digital domain. For instance, if you want to take a campus tour, you will be able to do that digitally while being side by side with other students, walking through halls, classrooms, and checking out dormitories. The potential of this application in e-commerce is extensive.

Companies are using experiential marketing in the virtual reality space and bringing to consumers by offering a seamless platform for building different experiences. This proves to be useful for businesses and consumers alike.

Many industries, primarily remodeling and real estate, are based on the need for conceptualization. Today, showroom, in-home tours, and software are used to convince the client to buy or remodel a space.

But lifelike realities and visual powers offered by VR headsets can create a world where conceptualization can become easier and better. People will get to tour a property or redesign a space entirely in VR. Imagine rearranging things in a room and seeing how the redesigned room will look without having to do any work. VR will change the realm by increasing our potential to visualize different spaces.

For instance, Matterport recently converted its database, including 250,000 image maps into VR. This will allow the clients to move around in different spaces by harnessing VR headsets.

3. It Will Help Organizations See Opportunities and Challenges

Digital twin technology, which harnesses comprehensive 3D models, as well as AR, will transform the way companies determine customers’ needs and improve their products and services. Through VR goggles, employees can efficiently visualize the issues and take corrective measures through digital twins.

The need to be physically present in the field to solve the issues can be eliminated. This, together with technologies like AI for image recognition, will allow organizations to optimize the development, maintenance, and monitoring of various complex systems. In the coming years, digital twins will become an integral part of daily operations in various sectors.

4. Tracking Back the Time

The virtual 3D environments are already being used to develop real-life scenarios, enabling us to look back at historical events. This time-warping application is being popularly used in forensic architects for redeveloping past events from different sources. This facilitates rebuilding the events in virtual 3D, and retrospective data is being used to challenge the published news.

When we have the ability to rebuild past occurrences, we will have an entirely new way of recording as well as assessing historical data. And its implications will be spawned across multiple fields such as law, education, policing, etc.

The capability to layer data is not merely on-screen but also in an entirely immersive environment that has a time, scale, and space. The combination of these three elements offers physicality to a virtual thing. These components are combined to create an immersive and functional environment, which is layered with different information sets that users can interact with.

Ever since its inception, VR has been touted as a technology that can bring considerable transformations. And over the years, technology has managed to do the same. But the potentials of virtual reality is not explored to its maximum, and we are yet to witness some major innovations.

Researchers and developers across the world are working on discovering new ways of exploiting its potential. While it will take a lot of time before we can reach a fully immersive virtual state, there are many significant discoveries waiting for us along the way. Every year VR is coming up with something new and innovative that impacts all sectors together. Above we have discussed some of the things that we can expect from VR in the near as well as distant future.