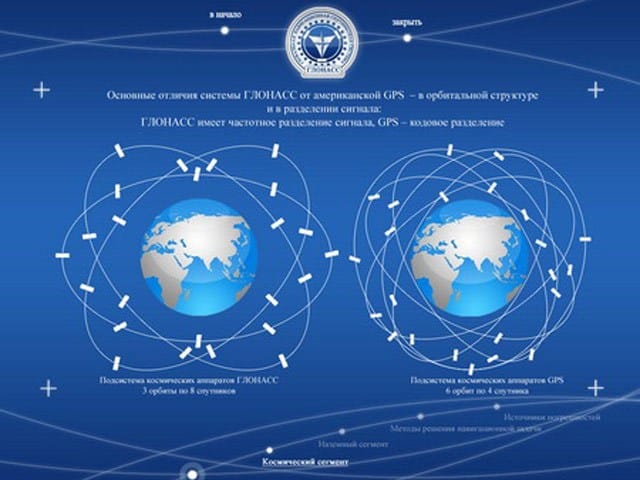 As the whole world watched with bated breath Sputnik 1 bursting out into space from Baikonur Cosmodrome, two physicists on the other side of the world at Johns Hopkins University’s Applied Physics Laboratory (APL) decided to monitor its radio transmissions. Soon, William Guier and George Weiffenbach realized that, because of the Doppler Effect, they could pinpoint where the satellite was along its orbit.

Thanks to the requirement imposed upon by cold war which called for tracking and targeting for the missiles, they were commissioned to study the possibility of doing the reverse, which was to pinpoint the location of an object given that the position of the satellite is known. And the rest as they say is history. The system that they developed was the first of the many satellite based global navigation systems which has changed how the world works today.

For almost everybody apart from the tech savvy ones, this means only one thing – GPS a.k.a. Global Positioning System. Though certainly the earliest, most established and currently the most popular one GPS is but one of the increasing satellite based systems with many alternatives like European Union’s Galileo, India’s IRNSS all flexing their muscles.

Out of all these, the one that is the closest rival to American GPS is the offering from Russia – GLONASS. GLONASS (Globalnaya navigatsionnaya sputnikovaya sistema), or “Global Navigation Satellite System” is a collective of 24 satellites located in 3 Middle Earth Orbits (MEOs) which seeks to provide a global coverage for tracking and navigation for both civilian and military purposes.

Like others, the working of GLONASS is also based on the triangulation principles. The satellites broadcast signals to Earth, and by calculating the difference in timing of the received signals from various satellites, a receiver can figure out where it is located. For tracking applications, it’s important that your receiver should be able to receive signals from at least 4 satellites to be able to calculate latitude, longitude, and elevation. More the number of satellites more will be the accuracy.

Development of the GLONASS system started way back in 1976 with different crises within and outside the country hampering its full functionality till Vladimir Putin who came to power in 2001 gave it top priority so that by 2011 the system ensured global coverage. The period also saw an incorporation of several upgrades to the individual satellites of the constellation in a phased manner.

Satellites have been arranged in such a way that with 18 of them entire territory of Russia is covered and the 24 of them together provides global coverage. The ground control segment of the system consisting of a system control centre, five Telemetry, Tracking and Command centres, two Laser Ranging Stations, and ten Monitoring and Measuring Stations is almost exclusively located within the former USSR territory with a few in Brazil, Cuba and the polar regions.

The space segment consisting of 8 equidistantly placed satellites per orbital plane at an altitude of around 19000 km with a 64.8 degree inclination and a period of 11 hours and 15 minutes. They work with the ground stations which feeds them geodesic information. They triangulate the location of the GLONASS enabled receiver which forms the third and final part. This is done through a series of calculations which enables the pin pointing of the location to the design accuracy.

Though the encoding and modulation of the signals is similar to GPS, the GLONASS system used Frequency Division Multiple Access (FDMA) technique where each satellite transmits its navigation signals on its own carrier frequency in such a way that two GLONASS satellites may transmit navigation signals on the same carrier frequency if they are located in antipodal (Opposite) sides of a single orbital plane as they will never appear at the same time in view of a receiver on the Earth’s surface.

This is in contrast to the CDMA technology used by GPS and other navigation systems where all satellites use the same signal with encoding different for each of them which helps in differentiating one from the other.

But the newer models of the GLONASS satellites also incorporate CDMA technology in order to ensure compatibility with the GPS systems.

In terms of accuracy, it is comparable to GPS with GPS having more accuracy in many areas. But due to the spatial orientation of the satellites, it is more accurate in higher latitudes in both hemispheres where getting GPS signals can be an issue. Further due to the prevalence of a larger share of ground stations in northern hemisphere compared to the southern one, accuracy is relatively more in the northern half.

How is GLONASS Different From GPS?

There are many differences between GLONASS and GPS which can be inferred from the table below.

Differences between GPS and GLONASS constellations are summarized in the following diagram and table:

How Can I Use GLONASS?

Commercially the receivers incorporating GLONASS systems have not been as popular as the GPS enabled ones but the Russian government itself is promoting the use of the GLONASS System on a commercial scale as a viable alternative to GPS. Legislations were passed in 2011 which included imposing import duty on GPS enabled devices and also efforts to ensure that all car manufactures incorporate GLONASS as well in their systems.

See also  Games That Could Thrive in Virtual Reality

Currently most of the mobile brands also incorporate GLONASS compatibility to ensure a better navigational and lock on experience in difficult situations.

On its own GLONASS system does not offer the best of accuracy due to the design of its orbital planes, the number of satellites, lesser number of ground stations etc. especially in the mid and lower latitude areas when compared to GPS systems. But nowadays the devices which are compatible with both are gaining popularity with the larger number of satellites (around 55) giving enhanced navigational capabilities especially in urban centres where the high rises more often than not curtails the easy transmission of signals.

In all, the Global navigations systems are also seeing an improvement in their interoperability which can greatly enhance the collective potential of the technology.