These days, you can get away with calling yourself “tech-savvy” simply by being comfortable with all of your devices and knowing your way around the cloud. As the tech world advances more and more rapidly, many people can fall behind on the basics, meaning that merely by keeping up you can appear instead to be ahead of the game. For those who really want to fashion themselves, tech maestros, though, there are still some more specific or niche skills that can come in handy. 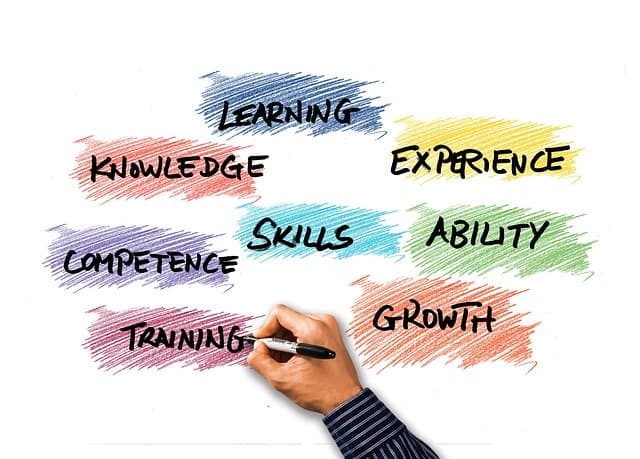 The idea of learning coding languages perfectly illustrates our point: that the threshold for being tech-savvy has been lowered, but that there are still skills you can learn that will make you more of a legitimate expert. Basically, coding ability is no longer necessary among those who want to develop their own websites or apps. There are various code-free platforms that enable perfectly adequate, and in some cases exceptional design. However, learning basic web development languages can still be well worth your time.

10 years ago, the idea of creating your own video game would have seemed exceedingly difficult. It was a process reserved either for professional developers or for people willing to devote significant time to lengthy processes that would result in only the most basic of games. Now, however, we live in an era of thriving independent developers who are inspiring many to take another look at game design. Look through Built In’s list of indie game developers “driving the DIY video game boom” and you’ll undoubtedly find examples that inspire you.

This is not to suggest that game development is simple. In some cases, it will require expertise in the coding languages mentioned above, though C++ is perhaps a more popular programming language specifically for this purpose. The bottom line though is that you can learn to make your own games, and doing so will further your status as a legitimate tech expert.

For those who really want to dig into the fundamental understanding of modern technology, learning how to design PCBs (printed circuit boards) can be another worthwhile endeavor. Most of us frankly don’t think about PCBs on a regular basis, but they are in many respects the building blocks to all of our tech devices, from the simplest household tools to the latest smartphones and tablets. Understanding how they work and even how to make them bring a whole new meaning to the idea of understanding technology.

It can take some time to get the hang of things, but there is software that can assist you with design and effectively simplify the process. A guide to getting started with PCBs provides a step-by-step look at this process, from the beginnings of design, through creating schematics and adding components, to finalizing a printed circuit board. It’s all somewhat complicated at first glance if you aren’t familiar with PCBs, but once you learn your way around you’ll gain a whole new appreciation for how our devices work — as well as potentially the ability to build some such devices on your own.

Blockchain isn’t exactly a “skill,” but learning your way around this relatively new technology is a great way to bolster your general tech expertise for the near future. Best known for its role in helping bitcoin come to life, the blockchain has since proven to be a more broadly significant development with significant ramifications across different functions and in different industries.

This introduction to the blockchain is a great place to start if this is still a fairly new technology for you. You can learn not just what it is and how it works, but where it comes from and how it can be applied in new ways moving forward. Understanding even these basics will put you ahead of most people, and from there you can continue to develop an expert understanding of a technology that is likely to gain ever more influence over the course of the next decade.

Like the blockchain, machine learning is more of a concept than a specific skill. However, it’s something we all ought to be getting used to, because it’s beginning to affect numerous businesses and industries in important ways. In a certain sense, “machine learning” as a term has become a more appealing, less jarring alternative to “artificial intelligence” — but rest assured it’s just as significant, and just as game-changing.

See also  What is Machine Learning? A Definition

Ultimately it’s skills like these that can really comprise an above-average, expert-level understanding of modern technology. While the idea of what it means to be “tech-savvy” today is typically quite simple, proficiency in these areas will turn you into a true maestro of the technological world in which we live.