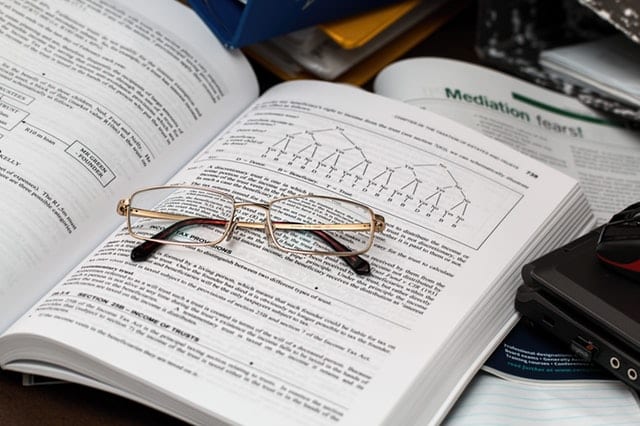 Artificial Intelligence plays a very important role in our everyday life, even if we are unaware of it. When we play a video game or when we use our smart phones we are all using artificial intelligence that react and work according to our actions. They are programmed to react to events. They understand these events and respond to them.

For instance, in Google Speech to Text recognition, the program understands what was said then converts it into text on its own, making it an example of an AI. These AI programs work on algorithms known as Machine Learning algorithms. These Algorithms run the AI system and gives them the reactionary power to handle various situations.

The Algorithms that have been inspired and modelled on the neural network scheme of the human body are referred to as ANN Algorithms. The ANN forms a sub-field of various algorithms numbering in hundreds which tackle various problem types. The information that flows through the network determines what structure the ANN takes and the structure is completely reliant on the input and output.

They are non-linear statistical data modelling tools. ANN comprising of algorithms such as Perceptron, Back-Propagation etc matches patterns and are commonly used in regression and classification problems to make accurate predictions.

Deep Learning Algorithms composing of Deep Boltzmann Machine, Stacked Auto-Encoders etc are advanced forms of the ANN Algorithm family. They are ANNs composed of multiple layers. These algorithms are used to build larger and more intricate neural networks with higher levels of functioning. They are mostly concerned with semi-supervised learning problems with large datasets composed of minimal labelled data. They model high level data abstractions through model architecture use composed and made out of multiple non linear transformations.

Instance based algorithms composing of k-Nearest Neighbour (kNN), Self Organizing Map (SOM) etc are algorithms with decision problems backed up by instances, illustrations or scenarios of training data that are considered central to the framework. These algorithms include building databases of such training data and doing a comparison of the input data with those already documented in the server to find the best match to facilitate accurate prediction. They instead of performing generalisation engages in the process of comparison of new instances with the ones already mapped into it. They are also known Memory based Algorithms.

Dimensionality Reduction Algorithms composed of Principal Component Analysis, Sammon Mapping, Multi-Dimensional Scaling etc are algorithms aimed at accessing the inherent internal structures of data to sum up and shorten it using lesser amounts of information. It reduces the number or quantity of random unsystematic variables under consideration by using principal variables.

It involves the aspects of feature selection and feature extraction. These algorithms allows for viewing and simplifying multi dimension data for use in supervised learning methods. These algorithms are extensively used in classification and regression models.

Regression Algorithms composing of algorithms like Linear Regression, Logistic Regression, Ordinary Least Squares Regression (OLSR) are algorithms that deal with relationship models between and among variables which are refined using a measure of error in the predictions that the model makes. All regression methods are statistical tools and have been borrowed and adapted into the field of statistics.

When multiple independently trained weaker models are combined together to combine all their predictions into a more accurate overall prediction then such algorithms or models are known as Ensemble Algorithms. These algorithms are used when a powerful whole composed of many weak parts is required to complete and undertake a process. In simple words, this is a algorithm formed by the combination of many other algorithms. These algorithms include Bootstrapped Aggregation, Stacked Generalization etc.

Clustering Algorithms are used to provide descriptions of classes of problems and classes of methods. They can be both centroid based or hierarchial and uses structures within the data to organize them into clusters or groups of maximum similarities. These algorithms include k-Means, k-Medians etc. Clustering is an important task associated with data mining and can be used for statistical data analysis as well.

Decision Tree algorithms are used to create various models of decisions on the basis of the values of different data attributes. The decisions fork forming a tree like structure until a particular decision is arrived at by virtue of prediction. These algorithms include Classification and Regression Tree, Iterative Dichotomiser 3 and are very accurate and especially used in handling data for classification and regression problems.

The major components of any decision tree includes decision points, actions and choices that arise from a decision point. Each decision can be traced back from the root to a node and to another node until the action is not fully reached.

Algorithms that are used for extracting rules best expounding the relationships that are commonly observed between data variables are known as Association Rule Learning Algorithms. They form methods capable of finding common patterns, associations and causal structures from multiple data sets found in multiple databases of different kinds. These algorithms including Apriori Algorithm, Eclat Algorithm etc can be used to discover associations in even the largest and most complex multidimensional data sets.

These are just families of some of the major algorithms and there are so many still out there left to be explored. To anyone really passionate about Machine Learning go into the depth of these Algorithms using various works on it and discover more fun algorithms not covered on this list or maybe create a new era defining one.