Myriads of best alternatives to Selenium are out there, but the tool still stands out in numerous ways. Selenium is a popular open-source framework specifically designed for testing web applications.

Selenium IDE, a Firefox add-on is free to use. It also helps to perform regression and functional testing of web applications with ease. However, once installed on the web browser, Selenium helps to record typing, clicks, and other actions performed. And the exciting thing is that you can playback the result on the browser anytime.

But then, Selenium has numerous drawbacks. One of them is that it can only test web applications. The tool is also not as steady as many would want and has some maintenance issues. These and many more have prompted many to look for similar sites like Selenium. Check them out below.

13 Best Alternatives to Selenium in 2020

TestCraft is a simple-to-use tool that not only tests but helps to monitor the functionality of web applications. It is a cloud-based software you can use for testing without prior coding knowledge. Impressively, whenever you initiate a test, it would generate the codes automatically. That’s how it works.

Another exciting thing about this automation testing tool, TestCraft, is its low maintenance. The ability to re-bind and correct broken tests while in action makes the maintenance cost low. TestCraft supports multiple platforms.

The tool also features an advanced artificial intelligence technology and stunning visual modeling, which result in faster test generation and performance. And because of its advanced AI innovation, scripts adapt to changes automatically, making the tool super easy to use. 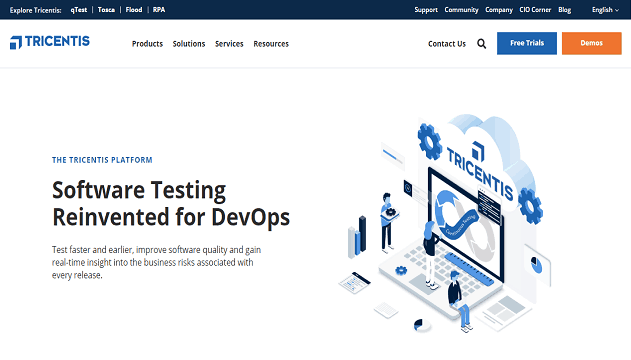 Tricentis Tosca, a continuous testing platform, is another incredible Selenium alternative. Unlike most platforms, Tricentis Tosca provides businesses units, testers, and developers with significant insight regarding business risk so that they can make the right decision as the project progresses.

The fact that Tricentis Tosca provides DevOps and Agile with quick feedback also makes it a great testing tool. And this feature and many others make development projects a bit easy for teams to manage.

The tool also helps to speed up the duration of testing by encouraging end-to-end tests across teams, applications, and projects. It also automates SAP, API, Robotics, Web, and others. 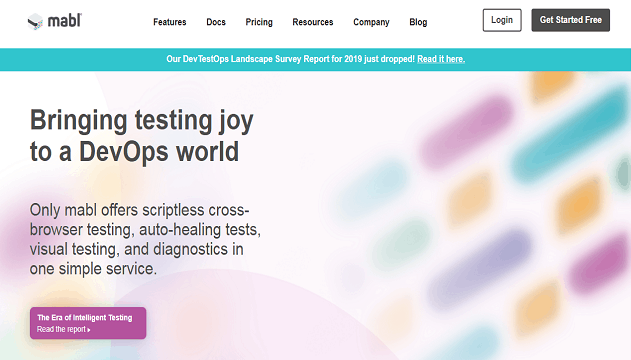 Mabl also ranks as one of the best alternatives like Selenium out there. It has everything one requires to test and determine the essential aspects of the user journey. These include performance, user experience, and visual appeal of the application.

Mabl also diagnoses and helps to fix bugs quicker for improved performance. So, if you are looking for a tool with such a feature, Mabl fits the bill. This framework is also a bit reliable and effective for testing.

Another thing that makes this platform stand out is that tests are fixed automatically even when changes in the UI occur. And this causes users to spend less time than usual to maintain the test apps too. Plus you can also review every step of your tests with ease too. 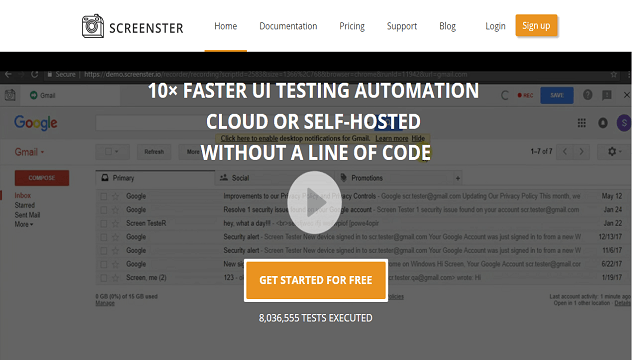 Screenster is one of the top cloud-based UI testing platforms out there. If you need a Selenium alternative for visual regression testing for websites and web applications, Screenster is a wise choice.

This tool also promises higher productivity than many other platforms like Selenium. It also comes with incredible features like auto-correct smart collector, automatic timeout management, local and offline test execution, automatic visual and content change detection, among others.

There is also no need for browser plugins or desktop installations to gain access to Screenster. All you need do is provide the URL of the tests to Screenster’s server to begin the process. 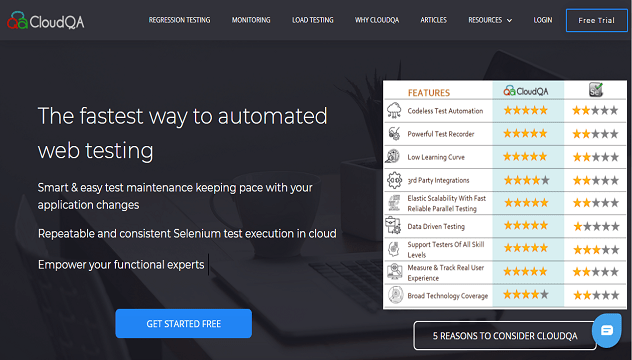 Cloud QA comprises of several tools, all of which performs different testing functions to provide an awesome web testing experience for testers of all skill levels. The tools are TruLoad, TruRT, and TruMonitor.

As the name implies, TruLoad deals with load testing, while TruRT focuses on functional and regression testing of web applications. The third tool, TruMonitor, deals with synthetic monitoring.

However, Cloud QA does not require any form of coding skill. Instead, it runs automatically. The smart and straightforward maintenance feature of the tool also enables it to keep up with changes in web applications. That said if you are interested in features like data-driven testing, third-party integration, and sleek test recording option, consider installing Cloud QA on your web browser right away. 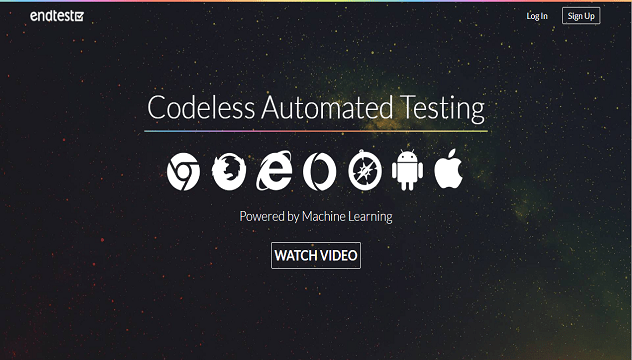 Endtest is another Selenium alternative that is well designed for testing web apps. It comes with myriads of features such as unlimited video recording, executes JavaScript, self-healing tests, live video, automatic backup, and many more!

This UI testing tool also performs automatic testing of applications. For that reason, testers with any skill level will find it useful and simple to use because it does not require coding. Just create and go! And with regards to pricing, the tool is pocket-friendly. There is also an option for users to access the tool for at least a month before purchasing a plan.

Impressively, Endtest integrates well with other incredible platforms. These include Slack, GitLab, GitHub, among others. It also allows users to develop, manage, and run tests directly in the cloud. 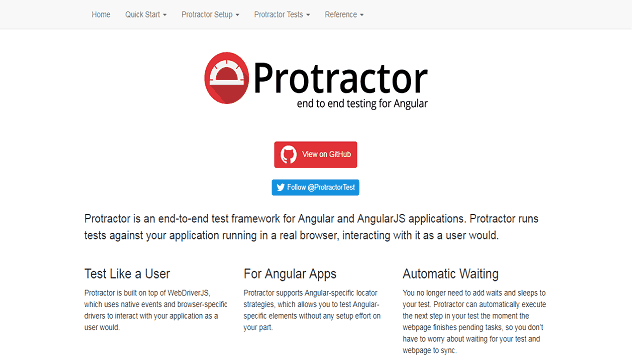 Protractor is an open source test framework designed for Angular and Angular JS web applications. The only major challenge most users might encounter with this tool is that one needs to have prior knowledge of JavaScript to use it.

The Automatic waiting feature is also an excellent feature the tool has. It eliminates the wait and sleep option testers usually add to their tests. Instead, it jumps straight into the next stage once a pending task is complete. 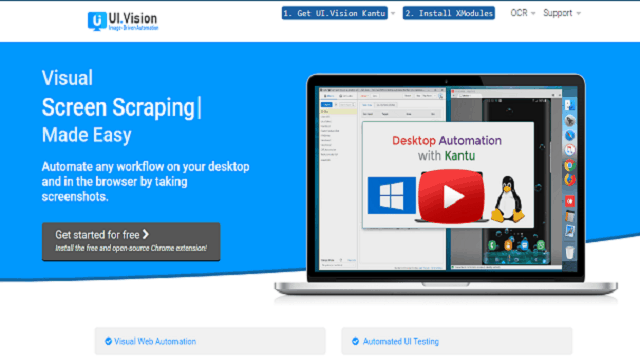 UI.Vision Kantu is an open-source platform designed to make the testing of web applications and other related tasks simple for extremely busy individuals. It enables users to create solutions for web testing, web scraping, and web automation tasks with ease.

The speed of this Selenium alternative is one of the features that set it apart. It also combines several tools to provide a better user experience. These include AI-powered Visual Desktop Automation that runs seamlessly on Linux, Windows and Mac operating systems.

The others are; Selenium IDE++ and AI-powered Visual Web Automation and UI Testing. These features of the UI.Vision Kantu also comes with the ability to read texts and images and simulate keyboard inputs, such as moving, dragging, or dropping of a mouse which is performed manually. It also has various features that even the classic Selenium IDE lacks. These include visual checks for UI testing, automatic file downloading, and the ability to read and write CSV files, among others. 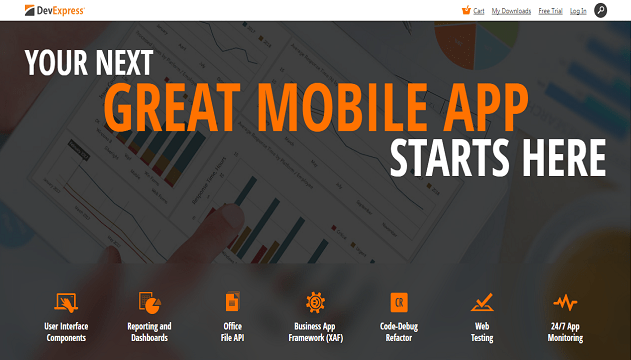 TestCafe is a node.js platform that runs seamlessly on Windows, Mac, and Linux operating systems. The tool is also super easy to set up and enables you to write tests in either TypeScript (an object-oriented programming language) or JavaScript (a scripting language), run your tests with ease and view the results.

This Selenium alternative will handle all the stages of your web app testing processing, beginning from browsers to running the tests, bringing the results together, and creating your reports.

SlimerJS will also grant you the opportunity to tweak a web page to your liking using a JavaScript, which includes opening web pages, clicking on links, and editing contents.

See also  10 Wonderful Examples of Artificial Intelligence in Use Today

The tool is designed for web developers, particular for those with prior knowledge on JavaScript. It also runs all the operating systems available. Plus you can also download and install the tool on your device with ease. 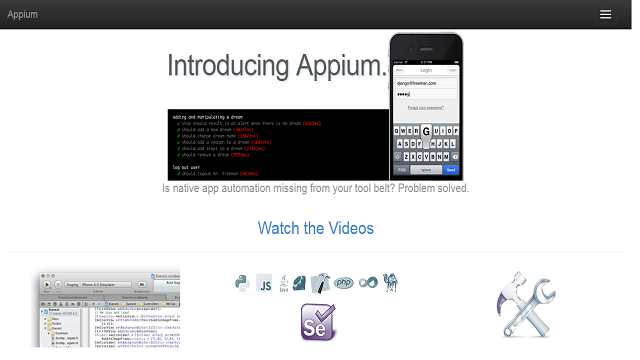 Appium is an open source framework that performs automated tests on actual devices (mobile phones, tablets, among others), simulators, and emulators. It is also a feature-rich tool.

Appium also grants users the opportunity to test the three types of mobile applications, such as native, hybrid, as well as mobile web. And being an open source platform, Appium has managed to create the enabling environment that encourages an actively contributing community.

The platform also aims to automate any mobile application from any test framework or language. And as a consequence, users will be able to write tests with their favorite development tools, making the development process easier and enjoyable. 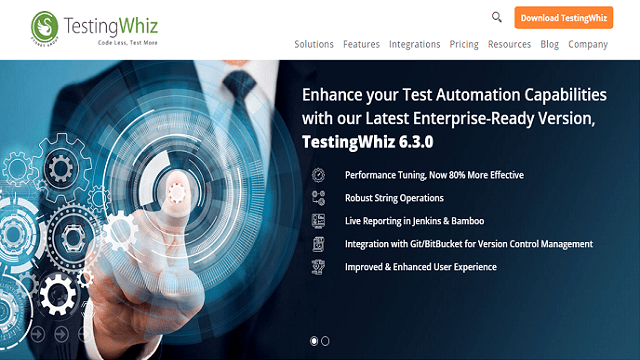 As the name implies, TestingWhiz is built for numerous testing tasks, such as web application, mobile database, cloud, API, and desktop applications. Another exciting thing about this tool is that testing is automated. And in this case, you do not need to have any knowledge of coding to be able to get your testing job done.

This tool also can carry out end-to-end testing with ease. And these include database, regression, web UI, big data and many more! The platform also has over 300+ commands designed to make testing efficient and straightforward. 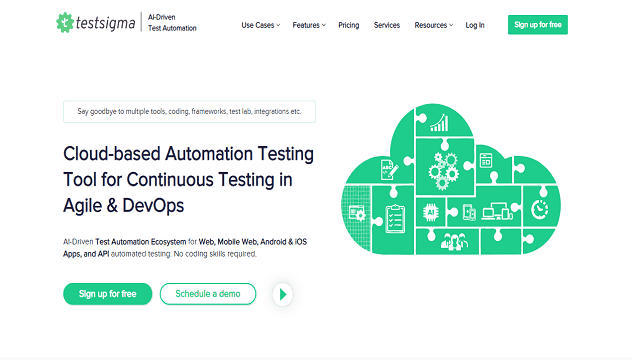 Testsigma is not only a cloud-based automation test framework. It is also AI driven. And impressively, the tool is designed to fix critical issues experienced in most automation testing tools such as slow test development, high maintenance effort, higher execution cost and time, and many others.

This platform provides continuous testing of web and mobile applications. And being that is driven by advanced artificial intelligence technology, tests developed are stable, faster, and more reliable.

Another feature that sets this platform apart is its simplicity. As a result of that, anyone can write tests with ease. You can even use natural language.

So, whether you are a beginner or expert, you will find them useful. But then, you can go through the list carefully before making your decision. Choose any of the testing frameworks you find most suitable for your project.