Sudoku is an interesting and engaging puzzle game. It is also quite popular in the world today because the rules that govern it are simple to learn and understand. With a little bit of thinking, focus, and patience, you can arrive at the solution when solving Sudoku. There’s no need for guesswork!

Furthermore, Sudoku does not involve math as many think. So, even if you dislike or aren’t good in mathematics, you will not have problems playing or understanding how to play Sudoku game. All you need is to observe the logical patterns, understand them and solve the puzzle. That’s it.

If you want to play a mind challenging game, you can play Sudoku. This particular game is really popular not only among kids but even adults. You can easily find the game on various websites on the Internet. For you to play the game, you should know how to play Sudoku.

So, if you are eager to learn how to solve Sudoku puzzles with ease, continue reading.

The Simple Rules of Playing Sudoku For Beginners 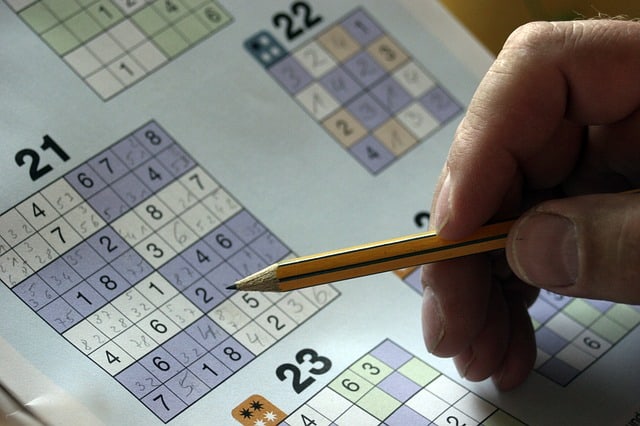 Every game has rules, and understanding them would make it easier for you. In Sudoku, you need to follow the rules to get your answers right. So, before discussing how to play this game, take a brief look at the rules below.

If you are a beginner and you are not yet familiar with the concept of the game then it is really important that you get some information about Sudoku. You need to review the mechanics as to how to play Sudoku.

Sudoku is a 9 by 9 puzzles that contain nine 3 by 3 regions. Every region, column, and row also contains nine cells. This game is more like a puzzle game. If you want to play it there is no need for you to make mathematical calculations. In fact, you can just use simple logic in order to get the solution that you want for the game. That is why it is very important that you familiarize yourself with the game. At first, it can be really difficult to play the game. But then eventually, you can play the game really well.

Now that you know the rules and the mechanics of the game, you can now start playing the game.  The basic essence of the game is for you to fill the 9 by 9 grid with numerical digits. Each row, column and the 3 by 3 grids should contain digits from numbers 1 to 9. This game is quite easy to play especially for those people who have been playing Sudoku for a long period of time.

The game is also played on a grid that has 9×9 spaces in total, which equals 81 cells. Also, the entire row, region or column has 9 cells or compartments.

However, the row or square is then filled with numbers also called givens. These include 1, 2,3,4,5,6,7,8 or 9. Another thing you need to know is that the more givens provided in each region, the easier the puzzle will be to solve. But the lesser the given, the harder the game.

Another rule you need to adhere to is to avoid using numbers that already exist in the same region, column or row. In other words, if a number is already occupying a position, ensure it doesn’t appear on the same place within the same column, row or region.

Here is an example. If the number 3 already appears in the same position in a region, row or column, then the number 3 can only appear in a different position. That’s how Sudoku works.

Well, this is not entirely a rule per se. It is just a piece of advice that will help you tackle this puzzle game with ease. Sudoku is a game that attempts to test the mental capacity of a player. It also encourages and requires patience and maximum concentration from a player. Sudoku is also not a game of math because it involves the use of numbers. All you need is to do is engage in some logical reasoning to identify the missing givens and put them in the right cells.

NB: It is not compulsory that you must begin from the squares at the top. You can start from any point. And, instead of adding numbers you are not sure of, skip that cell and proceed to scan the rest. By the time you return, you might have a better idea on the number that should be on the said cell.

Rule 5: Use the elimination method

This rule is quite simple: eliminate or note down any number that appears in the same row, column or region. In this case, you have to check each square properly (horizontally and vertically) and take note of the numbers that appeared and the position they are occupying. Remember that one of the rules states that there should be no duplication or repetition of numbers. In other words, you cannot have the same number written on the same position on the grid horizontally or vertically when you trace from top to bottom.

If you want to make things easier, you can find some tips online. Many players would post information regarding the different techniques in playing Sudoku. Using the Internet, you can find information about how to play Sudoku or see the video above. You can just use this set of information and details to know how the game goes. There are different combinations that can come out. But if you know different techniques then you will not have a hard time solving the puzzle.

How to Play Sudoku Game?

The target of this game is to fill up a 9×9 grid. When you add numbers to each column, row and all the 3×3 boxes which are regarded as regions or blocks, the entire squares will be filled with digits ranging from 1 to 9. Other things you need to understand are:

This technique is quite simple, reliable and popularly used in solving many of the standard Sudoku puzzles. 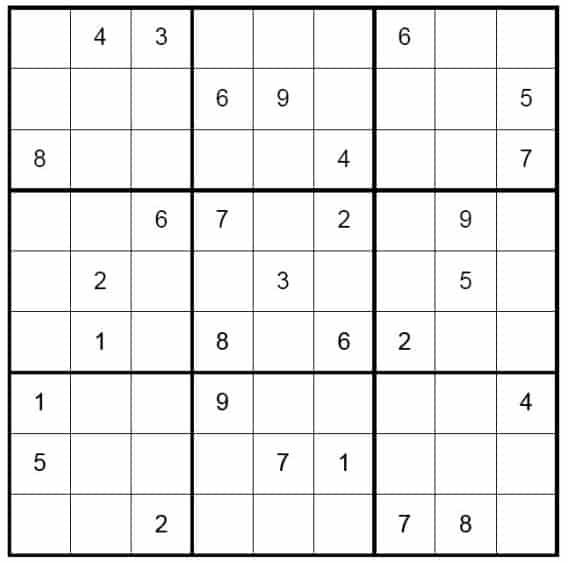 As shown above, there is just one legal place that you can have the number 9. That’s the right-hand corner down below (marked red). The numbers present on the Sudoku are called givens, and keep in mind that you cannot change them or their positions.

You will have to provide the missing numbers on the empty spaces, but you mustn’t neglect the rules stated above.

How did we arrive at the solution above?

It is quite simple. You have to scan the givens and identify any digit that appears on the same row, column or region. However, you can start with any number that has more givens as they are quite easy to solve.

Below are the sites where you can play Sudoku online:-

Sudoku game is not as challenging as many think. The main thing is to know the rules and adhere to them strictly. Sudoku is also not a game that requires complex mathematical calculations. You don’t need that.

The main objective is to solve the puzzle and to enjoy the game. When the player knows how to do it, it is easier for him to answer the puzzle.

What you need is patience, focus, and logical reasoning. But have in mind that you cannot solve this kind of puzzle in a hurry. You must be patient and take calculated steps to arrive at the solution.