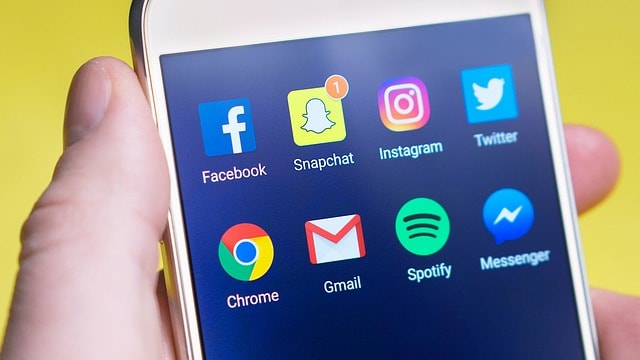 Snapchat reached its peak popularity a couple of years ago, and everybody was using it. It was advertised as an instant messaging application that allowed its members to send self-deleting messages. It wasn’t limited to just messaging, though. The most significant selling point was that users were able to share photos and videos that expire after 24 hours. Another leg up was that supposedly no one was able to download posted content from their app.

Soon after the app gained a lot of traction, experts noticed some major security flaws. That worried a lot of customers, which resulted in people deleting their accounts. Below you’ll find three biggest Snapchat security faults.

Some of these red flags are hard to believe. It’s reasonable to expect that if an application has a large number of users, developers must take extra care to protect sensitive data and keep everyone safe. However, Snapchat was not careful enough.

Snapchat claimed that no one could download other people’s content from their app. But, they failed to mention one important thing. People were actually able to save photos and videos with a few simple tools that every smartphone has.

As Snapchat said, the content can’t be downloaded from their app. But, they never said that other people’s Snaps couldn’t be saved by using third-party apps. People realized that they could take screenshots of the images and screen record the videos. Soon, individuals started re-uploading other members’ private content to YouTube. Not only did that compromise everyone’s privacy, but it also endangered their security.

Snapchat introduced a new feature called “Snap Map.” This feature shares the users’ location every time they open the app. The location information is so precise that a user’s exact home address could be figured out in a matter of seconds. The problem is that people often forget to uncheck that option. And they and are completely unaware that someone can see their current location.

Less than a month ago, there was a scandal involving their internal tool called “SnapLion.” Snapchat used this tool to access private data and deliver it to the law enforcement per request. The company’s employees were abusing this tool as well. Some of them spied on users and viewed their private information.

Since Snapchat allows anyone over 13 years of age on their platform, one must wonder how safe those kids are. There have been various complaints about older men contacting underaged girls and sending them inappropriate messages. Not to mention how accessible children’s photos and videos are on Snapchat. Everyone can easily download them.

Children might also select the “Snap Map” option, completely oblivious that someone might abuse such information. Parents should think twice before allowing their children to join. And if your child or you yourself already have a Snapchat account, it’s worth thinking about deleting it. After all, it’s not as appealing to the masses as it used to be, and even celebrities are leaving the platform.

How to Uninstall Snapchat

Apprehension is reasonable. However, it’s important to gather enough information on potential security risks and make an educated decision. Here’s how users can delete their Snapchat account if they decide that they no longer want to use it. This guide works for both Android-based phones, as well as iOS devices.

Bear in mind that Snapchat may retain some personal data even after canceling the account.

Tap your profile picture in the upper left corner.

Tap the “Settings” icon in the upper right corner.

Open the “Support” section and choose the “Help Center.”

Success! Your account is now deactivated. It will be permanently deleted 30 days after deactivation.

Even though today’s apps might seem harmless, it is still essential to understand how they use your data. You must stay informed about potential threats and security risks. Then, make an educated decision on whether you want to use such apps or not.

Even though today’s apps might seem harmless, it is still essential to understand how they use your data. You must stay informed about potential threats and security risks. Then, make an educated decision on whether you want to use such apps or not.

Regardless, you should always take precautionary measures to protect yourself on the internet. First of all, do not give apps permissions they don’t need. A flashlight app has no business tracking your location or accessing your media files. Also, make sure to use security apps, like an antivirus or a VPN (download one here) to stay protected from malware and stop any strangers from intercepting your connections.

If you ensure your safety, then you’ll get to enjoy all the wonders of the web without any concerns and risks.