If Terraria is a game you enjoyed playing, then no one would blame you for looking for alternatives. You need to continue the fun and spend your leisure time with such games.

Terraria is an incredible game. You will have the unique opportunity to build things from scratch and mine in this open-world survival RPG and action-adventure video game. So, if you are highly desperate to land games like Terraria, then you have come to the right place.

Here’s a long list of Terraria alternatives you need to check out now! 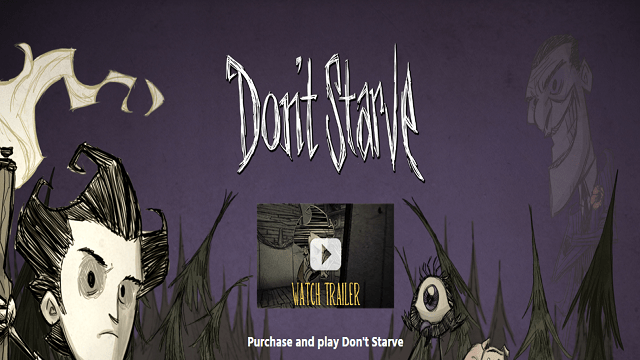 The name of this game suggests what it represents “survival.” That’s also the same thing that Terraria represent. You will find yourself in a world loaded with diverse creatures and monsters that are ready to pounce on you. And as a consequence, you must do whatever you can to survive in this wilderness.

Besides the numerous surprises, Don’t Starve is a game that lets you have the items you need to survive. You get to gather many resources, which will help to craft whatever item or structure you deem fit for your survival style. The game has a single and multiplayer mode. It also runs on android, iOS, Nintendo Switch, PlayStation 4, and Xbox One devices. 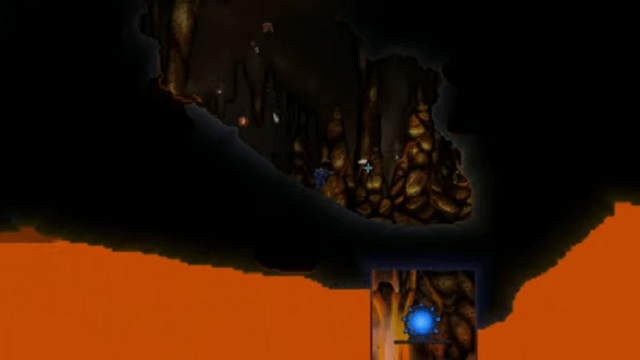 Play the role of Ryker in this fast-action video game, set in a world where everything is possible. You get to collect diverse resources, mine, create, and build several items needed to ensure your survival. In Asteria, your entire colony has been wiped off by aliens.

You are the only survival in Asteria and must do whatever you can to survive. But when you start playing Asteria, you will understand that survival isn’t the only thing that would motivate you. Another chief motivator is revenge. You need to avenge the death of your people. Track and kill the aliens responsible for the destruction and their demise. 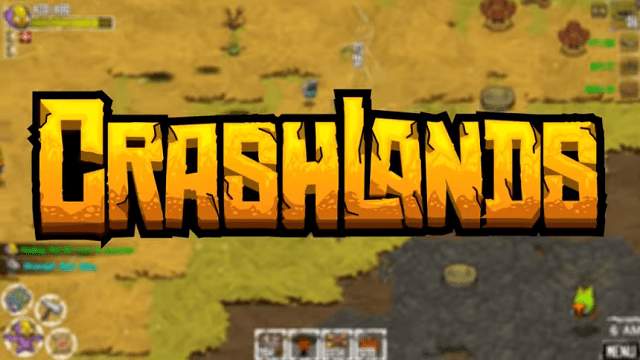 Crashlands is an incredible ARPG and story-driven game that is super easy and engaging to play. The game runs seamlessly on mobile devices (android and iOS), including PC, Mac, and Linux operating systems.

Just like Terraria, Crashlands is a game of survival. You need to survive the elements, including the strange plant and animals you will come across. Furthermore, the crafting system in this game is quite extensive. There are over 500 craftable items for you. All you need to do is tour the world and develop a sound knowledge of the hidden secrets. 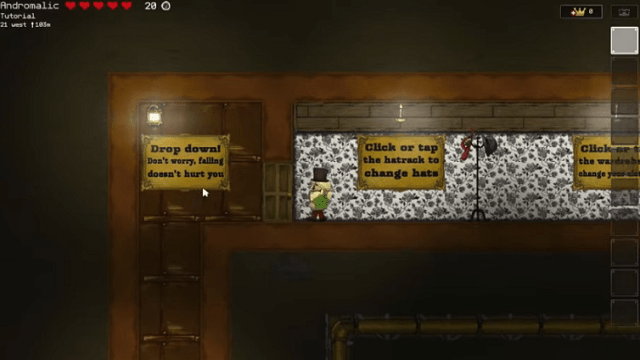 In this massively-multiplayer video game, everything is possible. Deepworld offers loads of engagement and is a 2D crafting adventure game that will replace Terraria in a heartbeat. While playing this game, you will encounter loads of danger and rewards as you find your way through caves and mountains.

You can get a hold of numerous protective devices and weapons to fight and destroy monsters. And as you complete any objectives, you will earn more points and skills, which you will certainly need for your survival. 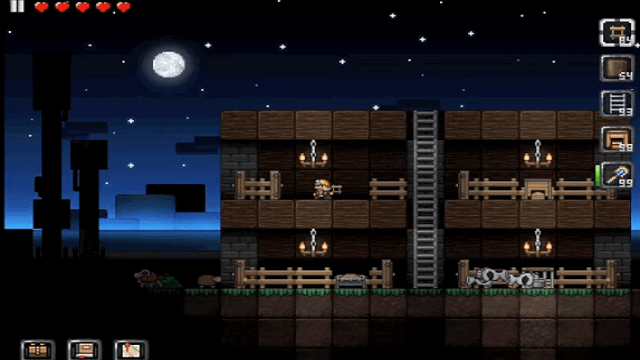 Junk Jack offers you a relaxing sandbox experience, and it’s focused on building and improving your home. It runs seamlessly on PCs, Android, and iOS devices. In this game, there’s a portal you can use to travel through 12 different planets. The environments in these planets are handcrafted and captivating, making the game more noteworthy.

In Junk Jack, you must be ready to unleash your creative spirit. It’s a game that offers you the freedom to build whatever you can imagine. Plus, there are tons of decorations, blocks, and other placeable objects you can use to create whatever your imaginative mind tells you. 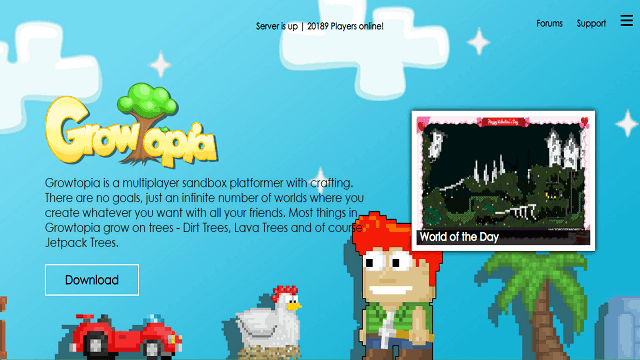 Growtopia is another game that will keep you glued to your device and challenge your imaginative ability. You have to be creative if you want to make the most of this game because there is no specific goal. You just have to imagine and create whatever you deem fit. That’s it.

Growtopia was a success when release for mobile platforms. As a result, the manufacturers went on to release versions that can run smoothly on PCs and other platforms. In Growtopia, you can play alone or collaborate with friends to create things. There are tons of items you will discover and an unlimited world to explore. So, get ready!

If you are looking for survival, RPG, and an action-adventure game, Goliath will make a wise choice. In this game, you need to be ready to do battle, not with humans like you but strange creatures.

There will be monsters looking to end your life, so you must learn to combat them. But there’s a catch; you cannot fight them just as you are. You won’t last long with that approach. Instead, you have to gather the necessary supplies and build robots to protect yourself while punching your enemies in the face. 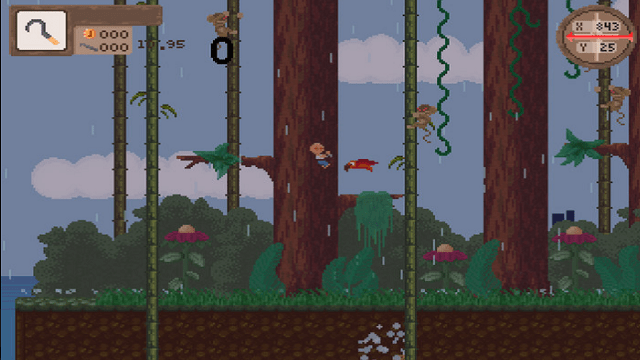 Before you start playing this video game, have in mind that you have a massive world to explore. The exciting thing is you can decide to explore it on foot or make use of a boat. The game also has a range of soundtracks and environments to keep you engaged and glued to your device for quite a long time. So, get ready for these experiences.

Treasure Adventure, as the name implies, is a game laden with adventures of all sorts. It’s a simple game but one that boasts addictive gameplay. The game is centered on platforming, exploration and treasure hunting. 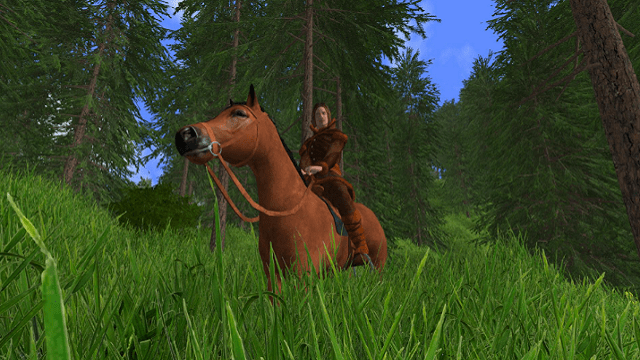 Rising World is another exciting game like Terraria that is worth trying out. It’s an indie, RPG, and action-adventure. The co-op mode of this game makes it possible for you to enjoy the game with your close friends and relatives. Also, there’s much to enjoy, thanks to its incredible gameplay.

There are several things you need to do to survive. But besides survival, the other goal is to explore, gather diverse resources, and create tools that you can use to dig and acquire various treasures. Additionally, in Rising World, there will be a need for you to build massive castles and cities. What about the enemies? You need to be ready to eliminate enemies and keep your newly built city or castle safe. 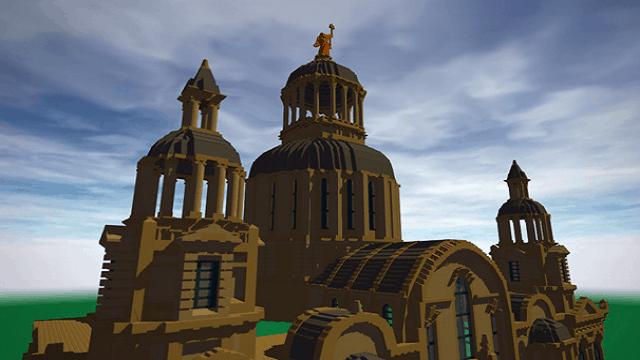 Here comes another incredible open-world game where you can have the opportunity to unleash your creativity. In Blockland, there is no specific. The game’s primary focus is to test your creativity and see how you can use it together with your imagination to create something great.

You will have the opportunity to roam about as you like, build gigantic or small structures, and gather resources. There’s also a unique opportunity for you to collaborate with other players online. Join them to create a unique structure that suits your taste. Additionally, you should also be ready for combat. Fight and conquer your enemies to bring peace to the land. 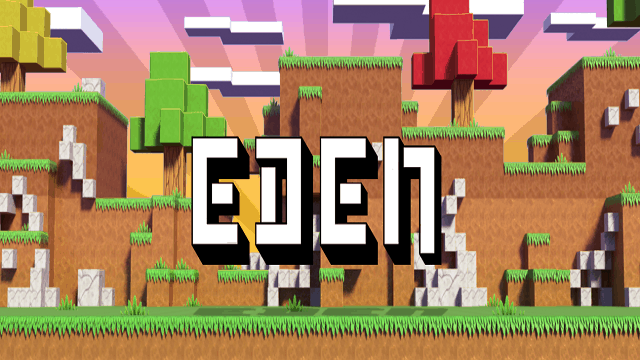 Eden is one game you can play during your leisure time and not feel bored. There are many things to explore, build, craft, and diverse missions you need to embark on. In this game, your creativity also counts. There will be a need for you to unleash your creative and adventurous spirit.

This game is similar to Minecraft, where possibilities are endless. You can explore, build, and even unleash destruction on the world of Eden. You will find distinct blocks with various color appeals. Use the blocks available, including the property you will discover to create things and express yourself as a real-world builder. 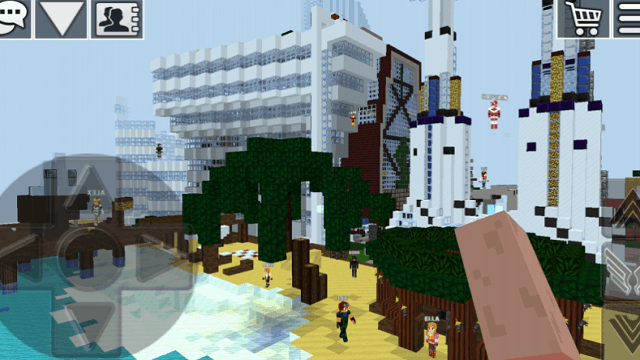 This action-packed city building game is another incredible Terraria alternative to try out. As the name implies, WorldCraft allows you to build your world from scratch. Make your dream of an ideal, beautiful, sane, and attractive world a reality by exercising your creative prowess.

In addition to building your world, you will also get the chance you seek to gather resources and craft items you would need along the line. And by and large, your primary focus is to survive. So, do whatever you can to go through the stages from the beginning to the last step alive. 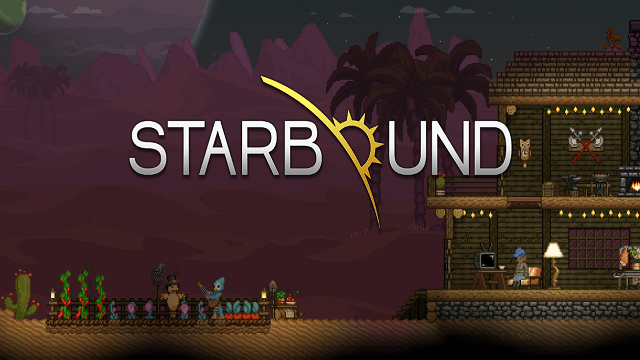 This game gives you a chance to write your destiny. There is nothing like a wrong or right way to progress in this game. As the player, you will have the opportunity to rewrite history according to your desire.

You can decide to attack the enemies. Save the universe from their destructive activities. But if you don’t find that enticing, then you can choose to colonize other planets to yourself. The choice is entirely yours to make. The game features a multiplayer option and is moddable. You will also find all the tools you need to thrive on whatever journey you choose. 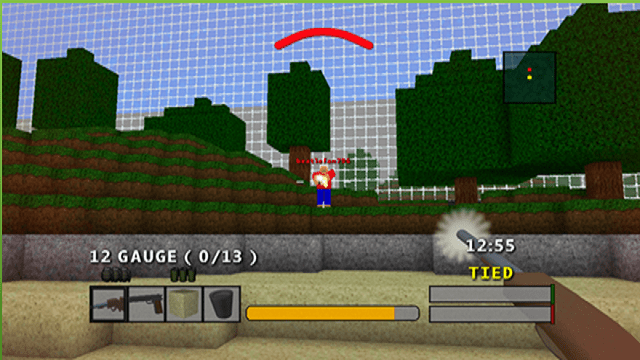 Miner of Duty is a first-person shooter and indie sandbox building game. It boasts an open-world gaming environment and a stunning 3D graphics, which you will fall in love with when you start playing the game. In this shooting video game, you can have access to tons of weapons. But you have to win points and make progress to unlock these deadly weapons.

Miner of Duty also features a single and multiplayer mode. So, you will be able to engage in aggressive battles together with your buddies. Other features make this game worthwhile. You will find out when you start playing.

If you haven’t played the game called “Minecraft,” then ensure you do so right away. The first thing you would find interesting about this game is that it’s available for diverse platforms. These include Android, iOS, Windows, Linux, Mac OS, Xbox One, PlayStation 3, and many more.

Minecraft is a first-person shooter (FPS) game that comes loaded with tons of actions and things to explore. In this game, you can create your buildings, gather resources, craft various objects, and engage in combats. The game is all in one; adventure, survival, and creativity.

So, these are the incredible games like Terraria. They are games that will keep you engaged and take away boredom. However, this list was made available to help sustain the excitement you had from playing Terraria, particularly now that you may have grown tired of playing the game repeatedly. So, go through the list and choose the first Terraria alternative you like and start exploring.