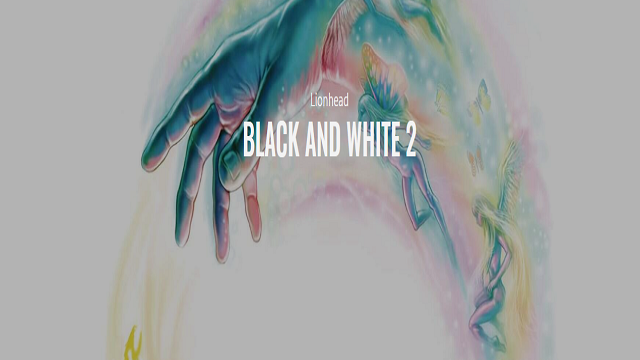 Spore is an old game, agreed. But there’s something about this game that makes it stand out from the crowd. The graphics, gameplay, and storyline all show how much time, energy, and resources were invested in the game. It has the perfect blend of strategy, evolution, and simulation.

The feeling of being able to create, guide, and train something from scratch until it becomes better looks pleasing, right? Well, that’s what you will be enjoying when you start playing Spore. You will have the opportunity to create your creatives and even nurture them until they become super intelligent.

One of the highlighted features of this incredible game called “Osmos” is that it runs seamlessly on a host of platforms. Be it android, iOS, iPad, and even Windows devices. So, you have no excuse not to have it installed on your device. It’s also a game that would replace Spore in every single area.

Your target in this game is simple, but the road to achieving it is steep. The aim is to grow into a mighty organism, but you have to start from scratch (a tiny mote). You will have to consume other organisms to grow bigger. You also have to be ready to get obstacles out of the way to achieve your targeted goals (become bigger). Osmos features a stunning graphic, as you can see in the image provided. Plus, the background music is on a different level.

This game has a captivating name anyone can easily remember. Behind the beautiful name also lies an exciting game that has all the bells and whistles as Spore does. Eufloria has plenty of levels that will keep you glued to your device all day or week-long (depending on how fast you conquer each level).

Eufloria has approximately 25 different levels, with all of them packed with fun and engagements. The game is super easy to learn and master. There will be a need for you to create the world you desire and conquer the asteroids of your neighbors too.

The Universim is bringing back the incredible gameplay and interests that the god-game genre once had. It’s a unique sandbox, strategy, city-building, and resource management game that stand that stands out from the crowd. Your mission would be centered on controlling a whole planet and particular creatures.

There’s great joy in cultivating trees. Ask those who are into it. Prune is one game that lets you experience what it takes to grow and nurture trees, firsthand. Your primary task is centered on growing your tree under a very hostile condition. You are to do so with a simple swiping of your fingers across your device.

This game features a whopping 48 levels, and you get to unlock the next level when you finish the previous one. Grow your tree and have the flowered released into the air to score more points. With simple touch control, you have the power to nurture your tree and make it grow much bigger than ever.

Here comes another intriguing god game that will leave you overfed with fun. Celtic Village Heroes perfectly combines the element of city building, farming, and exploration to bring you loads of engagement. If you have always wished to build a village and call the shots, you will enjoy playing this video game.

Everything is possible in this game. You will come across loads of treasure and people, including magic powers that are useful in diverse ways. Engage in various quests, build your village and defend it, and also use your magic powers to unlock different professions. The game features distinct levels and quests you are going to enjoy.

Darwin Pond, a game named and dedicated to the great scientist, Charles Darwin, is a must-play video game. It runs seamlessly on Windows and Mac operating systems. Your role in this life-simulation and RPG-action game is also simple. You will be a part of a virtual world filled with organisms called the swimmers.

This game is like a reflection of Charles Darwin’s work on the evolution of species. As the player, your mission would be to help the swimmers mutate and become larger organisms. Nurture and use every available resource to help them grow into bigger creatures in no time.

See also  Is Robotics a Sport and How Are They Used in Sports?

Black and White is the name, and the game truly represents its name. You can become black (evil) or white (good). The choice is yours to make. Play god and wield power that will make you one. With that power, you can do unimaginable things. These include performing diverse miracles, take and replace items as you so desire.

The black side, should you choose such a path, leads to destruction. It will only lead you to destroy the city and send fear down the spines of every single person that lives therein. But the good path, which is the white, is kind and merciful. Choose this path, and your mission would be to build the city, bring development, and protect the people. So, which path will you choose? Visit Black and White 2 to decide that.

How does it feel to be on different planets? Find out what the astronauts and space explorers feel. The excitement on their faces! But it’s not about visiting a new world that matters. What matters is your survival. You have to survive the elements and aliens living in these planets. And keep in mind that outlaws are violent. They will go for anything they want, not minding the consequences.

Summon the social hub by joining 32 other players. In this game, you have the opportunity to do many things. You can farm and build colonies and varied sizes, visit different planets, and many more.

Spore Hero is a game on a different level to Spore. It’s an adventurous game loaded with diverse quests and hidden parts that you must be ready to explore. You will also be creating creatures in this game. But the good thing is that you are going to have all the help you need to make that happen with ease.

With diverse special abilities and over 250 collectible parts, Spore Hero offers you a unique opportunity to create, nurture, and watch your hero evolve to your taste. There’s also an element of combat in this game, so you better be ready. Using the Wii control options, you can utilize your unique abilities (fire spikes, poisonous spit, and bomb) to eliminate your enemies.

Once again, the onus is upon you to save a galaxy. No one, but you can ensure evil doesn’t continue to prevail. The dark spores have been released into the universe, which you must fight to eradicate. You must do a battle with the aliens who have invaded the galaxy. Fight and free it from their grip and destructive way of living.

This fast-paced game also combines science fiction to offer players something unique. It is also believed that Darkspore borrowed its creature-editing technology from Spore, thus making them a close relative.

If you are seeking a Spore alternative that boasts brilliant gameplay, smooth controls, and stunning graphic, then you can check out Miitopia. There is a battle before you and a responsibility to save Miitopia from the evil claws of the dark lord. So, you have to be ready to fight alongside a band of Mii warriors in a turn-based battle.

Using the Mii avatar to build and customize your characters. Also bear in mind that you are going to be managing many things. These include friendships and assigning jobs to people.

Pocket God, as the name implies, features a god-game element, a single-player, and Arcade. It’s an addictive game that will keep you glued to your device all day long. The game is about exercising control over everything on a stunning island where the story all began.

You will have to control everything living on the island and explore various locations to unravel the hidden mysteries of the island. You can also pinch the sun to have the temperature changed, create a shark, storm, and cloud.

Godus is a god-game simulation and a single-player game. In this game, you have the privilege of building a whole village to your liking, lead people, and perform miracles, and many more! It’s a game where you can recreate the world in whatever style you desire and have the workers build as many tents as you require to house everyone in your country.

You have the power of a god and can use that power; however, you please. You can control every single thing in the land, but there are hidden mysteries that you must uncover.

We have come to the end of an extended list of games like Spore. The idea is to help those who enjoyed playing Spores to find alternatives to help sustain the fun. You can go through various games and make your choice. Choose any of the Spore alternatives on this list and start enjoying it. Whether it’s fast-paced action you desire or would like to play god, you will find a suitable game on this list.