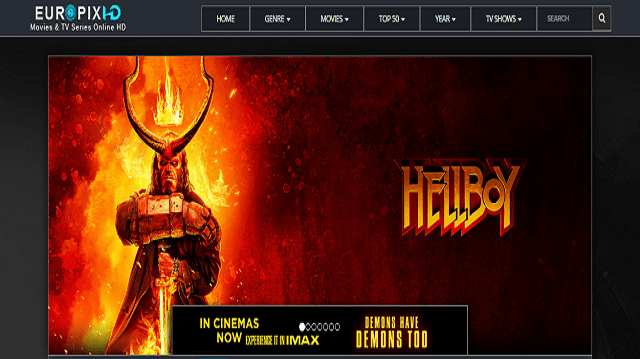 Mini-Militia, DA2 as fondly called is one of the best real-time multiplayer games out there, no doubt. It also has quality graphics, sound, and other impressive features.

This game has what it takes to keep avid gamers glued to their devices for long hours. But then, it is not possible to continue playing the same game every time, and every day. You will eventually get tired at some point and want a replacement.

But if you have fallen deeply in love with Mini Militia and want a game that can produce the same feeling and excitement the game created while playing, then you will surely enjoy the games on this list.

Clash of Clans is a great game that runs seamlessly on Android and iOS devices. It also has terrific gameplay and loads of impressive features. You will certainly experience a different kind of combat in this fierce clan war. Join forces with other players to build a clan powerful enough to resist any attack and conquer enemies.

Engage the dreaded Goblin king and protect your village from enemy attack. Use bombs, towers, traps, mortars, and walls to defend your once peaceful town from invasion. Plus you can raise your army of archers, dragons, barbarians, hog riders and other great fighters for battle.

One of the fantastic games like Mini Militia, Special Forces Group 2 is the type of game you might never get tired of playing repeatedly. You can play the single-player mode with a bot or try the multiplayer option. It also has stunning graphics that make it enjoyable. The game is also available for Android and iOS devices.

Access any weapon of your choice to take down enemies! Pistols, shotgun, rifles, submachine guns, grenades and machine gun, all are available for you to choose. So, get your bulletproof vest on, and pick your favorite weapon to get into combat. Special Forces Group 2 also supports over ten different languages to eliminate the language barrier.

BombSquad is a game of the explosives, just as the name implies. And you will be using various explosive devices in this game. But this time, it’s not for war but fun. Blow up your friends in multiple mini-games ranging from capture-the-flag to hockey! This game is super entertaining and accommodates up to 8 players.

BombSquad also supports touch screen and runs on Android and iOS devices. Also, even if you have a poor or no internet access, this app is still multiplayer heaven. You can host a game, and all your friends can join to have fun with you. If you also have enough joysticks, you can play BombSquad on the same computer system. You can also play this game via hotspot-Wi-Fi and LAN.

Get ready to shoot down enemies’ jet or obstacles in this awesome game like Mini Militia called Air Combat Racing. It’s an action-packed game, built with smooth controls and numerous attractive features that will make you enjoy air combat. Choose modern air fighters, and equip them with any ammunition of your choice, ranging from machine guns, missiles, and others.

Another feature that sets ACR apart is its stunning realistic 3D graphics, which is something remarkable. The game also has a leaderboard, 3 game modes and supports multiple languages, such as the English language, Korean, Japanese, Russian, Spanish and more!

First, the graphics of Modern Combat 5 is terrific. So, it’s safe to say it is one of the best games like Mini Militia in that aspect. But this game also has proper controls, campaign, and a fantastic map. This first-person shooter game also features music and voice performances that blend well with the scenes. The controls are highly customizable, offering you the opportunity to play the game according to your desire.

Engage in diverse first-person shooter challenges to test your shooting skills. You will also land in different places to do combat, ranging from Tokyo to Venice. Modern Combat 5 is genuinely a combat game of the contemporary gaming world in all ramifications. And it’s the kind of multiplayer game that offer players option to plan their strategies with other group members and execute them accordingly.

Ever since its release, Shadow Fighter 2 has only gotten better and better. The game has had several upgrades, which has only enhanced its gameplay. Shadow Fighter 2 combines RPG and classical fighting. And, as you progress from one level to another, you will be amazed to find your fighter develop new fighting skills.

Unlock new weapons, magical skills and fighting abilities as you conquer your enemies and make progress. But ensure to arm your amazing fighter with any lethal weapon of choice to take down enemies. The storyline of this game is incredible, and you get to journey through six different worlds altogether.

If you are looking for a game that can fill the void left in your heart by Mini Militia, try Words with Friends. It’s an exciting, but challenging spelling bee contest great for friends to stay in touch and compete with each other.

This game also has a leaderboard where you can compare your scores with that of other players. But another exciting thing is that the game uses geo-location to place players on the leaderboard for their location so that they can compare their scores with that of other players around. Furthermore, if you are a student, this is the game you should be playing. It can help you learn and develop your vocabulary in no time.

If Badland is not on your Android or iOS device, take it that you are missing something massive! It’s a must-download game with unique gameplay, excellent storyline, and atmosphere. Badland also has a single and multiplayer option, with the single-player mode having over 100 unique levels, while the latter has 23 levels.

Also, in this action-packed adventure game, your mission is to control an avatar or numerous avatars through a terrain. But it is not just the moving around that is the issue; the challenges you are bound to face along the way, are. You have to solve puzzles and get past complicated regions, but you have the beat the timer to enjoy the game.

If you want to become a master in fruit slicing, play Fruit Ninja. As the name implies, your mission is to slice different fruits that comes your way. But as you begin your juice carnage, you must keep an eye out for explosives.

Among the fruits, there are bombs, so you must learn to identify and avoid them quickly. As you slice fruits and dodge bombs, you will earn more points too. Fruit Ninja also features an offline multiplayer option too.

Revisit great memories and stories of World War II by Playing World of Tanks Blitz. You can attack and conquer your enemies with legendary tank shooters, and gain access to over 300 vehicles built for combat.

World of Tanks Blitz offers an incredible customization option where you can tweak the game to suit your taste. You can customize your tank’s ability, looks, firepower, just the way you want it. Join this fierce combat. Team up with friends to shred enemies into pieces. Explore different vehicles ranging from Tier I light tanks to the famous humongous Tier X heavies.

Vainglory is an incredible real-time multiplayer game. Graphics is excellent, and you can host a LAN party where your friends would have the opportunity to join and play its multiplayer mode on a local network.

But make no mistake; this game is quite challenging when played on a mobile device. It is clearly because of the MOBA gameplay experience it offers, which is a bit new for mobile gaming. However, the map is fantastic, likewise the monsters, heroes and play styles of the game.

Robotek is another great multiplayer game, and unarguably one of the awesome games like Mini Militia out there. In this game, you will encounter a situation, the fall of humanity. It’s a situation where machines are taking over the planet. Hence you must act fast to save the human race. Robotek has a unique blend of action, strategy, and RPG. It also features many engaging levels. Plus you get to use 4 unique abilities, including the devastating NUKE.

However, Robotek is free to play, which is something noteworthy. You can also challenge nodes, but test your skills with the weaker ones first. Do not attempt to challenge nodes stronger than you. Otherwise, that could be the end.

It’s incredible to be able to play one of the hottest pool games in the world on Android and iOS devices. You can also play 8 Ball Pool with friends or compete with pool legends from other parts of the world from your mobile device.

You can either challenge your friends or join tournaments where you can win trophies and other things if victorious. But before you step into the big stage, you can build your skills and knowledge of the game in the practice area. 8 Ball Pool also has great gameplay, and it’s a must-have Mini Militia alternative.

From gameplay to the storyline, everything about PUBG Mobile is class. However, it’s one of the most awesome Battle Royale games out there, where you and many others will be dropped off in a map and left to fight to the death.

This game offers four different maps, different game modes, and an opportunity for you to play alone or alongside a squad. The main aim of PUBG Mobile is to be the last man standing in the battle. And that you can achieve by looting the supplies, armor, and weapons scattered around the map.

Another incredible Mini Militia alternative, Shadowgun Legends is a game that perfectly combines multiplayer first-person shooter and RPG. You can play with your friends, and work together in various co-op missions and real-time PVP battles to conquer enemies.

Shadowgun Legends also allows you to customize your characters to suit your taste. Furthermore, you will have access to hundreds of weapons, armors, and cosmetic items to use for your mission. The game also has a fantastic storyline, and as the fighter, you must embark on a mission to save humanity from the hands of invading aliens. Gameplay and graphics of this game are superb.

If you are looking for awesome games like Mini Militia, then you are in the right place. Here you will find games that would replace the memory you have of Mini Militia when you start playing them. Impressively, all the games on this list have incredible gameplay and features that will make you want to play them repeatedly. So, if you are ready, choose a game, install and start playing right away.