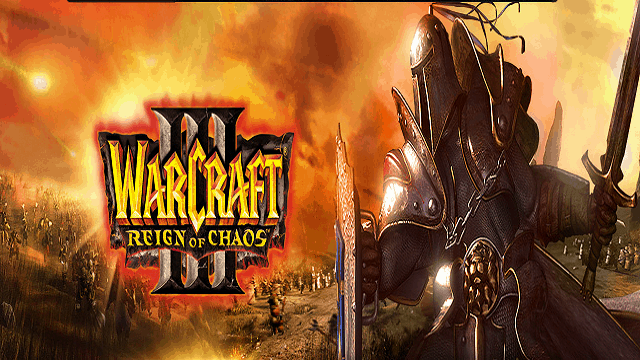 Banished is an incredible city-building survival game that stands out in every aspect. As the player, you will be in pole position to lead and help a group of outcasts who were banished to settle and make something of their lives. You will have to manage the limited resources available and grow into something bigger.

A game like Banished can live in one’s head for a long time. But there will undoubtedly be a time that you will get tired of playing banished all the time, and therefore need a game with similar gameplay. So if you have reached this level, then the games on this list will interest you. They are 13 incredible games like Banished every gamer should play in their lifetime.

Apocalypse Survival is one of the games that will make you forget that Banished ever existed. The game is bursting with action and has a fantastic storyline. Ask yourself; am I ready to do battle with dreaded demons? You need to be sure because that’s what you are about to face. The gate of hell will open up and unleash demons to cause harm to humanity. But humans can rejoice because you and your fellows are ready to send them back to their domain and return normalcy to your world.

You need to discover your base and do everything possible to develop it. Your survival depends on it on this awesome city-building game. Plus you also need to craft weapons that are good enough to defeat demons and learn new technology as you engage in real-time tactical combats.

If you are looking for an engaging game like Banished that offers a perfect combination of city-building, real-time strategy and city management, Dawn of Discovery will never leave you disappointed. The game is one of a kind and incredible in all aspects. You will start with a small ship and move on to secure a place where you begin your walk to civilization.

Dawn of Discovery will give you numerous options to build your civilization and more. It offers a perfect combination of economy, diplomacy, combat, construction, as well as discovery.  But you must consider developing a harbor. It will enable you to cover more distance, find and interact with other cultures and do business.

3. Romance of the Three Kingdoms XI

Known as Sangokushi 11, Romance of the Three Kingdoms XI is a turn-based game and the eleventh instalment in the series. The game runs seamlessly on Windows, iOS, Android, Wii and PlayStation 2.  The gameplay is an impressive one, and you sure won’t regret any minute you spend on any quest.

The game lets you witness firsthand the incredible battle that shaped the history of the Chinese a long time ago. And you are still going to build cities like Banished. Battles are fought and won by intelligence in this game. And in this case, you are going to have to strategize and create traps to defeat your enemies.

The settlers online stand as one of the best games like Banished that you can play online for free. It’s as simple as registering a new account on the platform to start embarking on various quests. It is a game full of adventure and has fantastic gameplay that can keep you glued to your device for hours.

This freemium game is an online-based game. So there’s nothing to download. Just visit the platform, login and start playing. But you have to be ready to build your city and do everything possible to defeat the camp of bandits that can cause mayhem to the settlers. As you complete various quests, you will earn points and level up.

This Warcraft game is the third in the Warcraft fictional world. It’s a fantasy real-time strategy game loaded with tons of adventure that you will no doubt enjoy. Survival is very critical in this game. But it depends mainly on the strategy you deploy. Pay a visit to the interactive and engaging 3D fantasy world and enjoy advanced role-playing elements in this incredible game.

This game is similar to Banished where you have to build, launch attacks and do everything possible to destroy your enemies. But you have to pick from four different races which include humans, orcs, night elves, and undead.

Set in a fantasy universe, Heroes of Might and Magic is a role-play and turn-based strategy game that offers everything you seek in an adventure. It’s also a single-player video game that requires making tactical decisions to excel in combat. You also have to be ready to control large troops comprising of mythical creatures.

Heroes of Might and Magic is a game where you have to recruit your army and prepare for battle in the best possible way. Explore every nuke and cranny of the massive map and gather as many resources as you can. You can also use different weapons and strategies to take down your enemies in this incredible game. The game also runs seamlessly on Linux, Mac OS, RISC OS, Game Boy Color, DOS and Windows.

The Age of Empires II offers a perfect blend of resource management, action element, and city-building.  It features quality graphics, new features, and improved AI. You will also find the trading cards and gameplay impressive. And mind you, it’s also the second game in the Age of Empire series.

Age of Empires II is a real-time strategy, 2D video game that has everything a medieval game should have. It features a multiplayer mode, and you will also have the privilege of exploring new maps and engage in numerous quests. The game is also set in the middle ages. Plus you will have the opportunity to challenge other players while seeking world domination. The game also runs effortlessly on Windows and Mac operating systems.

If you need a game that offers the same excitement as Banished, try Total Annihilation. It’s a real-time strategy game that every gamer must play in their lifetime.   What started as a little conflict owing to the transfer of consciousness from humans to machine became a severe war that shattered worlds. It’s a fight to the death and a quest to dominate. Who will win in this battle, you or the enemy?

Total Annihilation is a game considered revolutionary in different ways. It features a new grouping technique, improved AI, and scale of battles. The game also runs on Microsoft Windows and Macintosh operating systems.

Total War perfectly combines turn-based strategy and real-time tactic to offer exciting gameplay. The game is quite addictive and features real-time battles that you are going to love. The fight is quite intense. And you will also enjoy the privilege of controlling different races which include the dwarfs, empire, vampire counts as well as their Greenskins.

Each of the four races has their distinctive style of play, battlefield unit, and characteristics. But you will surely enjoy using any of them. You can also arm your forces with deadly weapons to conquer the enemies, and unlock magical powers after completing specific quests.

10. Emperor: Rise of the Middle Kingdom

The Rise of the Middle Kingdom features both single and multiplayer modes.  Plus it’s one of the most impressive games in the city-building genres. The game’s plot may not be similar to that of Banished. But they both share the same city-building engagements. You have to build an empire and attract migrants.

You can use the migrants that flock your empire to do various jobs such as farming and to develop commerce in your realm. Introduce soldiers, artisans, doctors, and merchants. But while you concentrate on building, keep an eye out for the barbarians. They will come to steal your wealth and invade your land. So you have to arm your military personnel, build castles and walls to protect your territory. The game also runs on Microsoft Windows.

Northgard is another game like Banished. But this time, you will not be leading a pack of outcasts but a clan that comprises of Vikings looking to dominate and control their new found home, a mysterious continent.  After many years of exploration, they finally discovered that such a place existed, and filled abundance or riches and mystery. But not all that glitters are gold.

The boldest and strongest Northmen have to sail to these new shores to inhabit them and take total control. But there is a need for you to be extremely careful of the great dangers that exist in the land. You will encounter giants, undead warriors, and wolves that will attempt to bring your mission to an end.

If you are looking for a city-building survival game that is worthwhile, try Frostpunk. This game will challenge your tactical skills and also question your morality in a unique way. Frostpunk is a game that is more of finding a reason to survive than the means to continue living. The game also claims to be the first society survival game in the genre.

This game offers you a chance to rule over the last city on planet earth. So you will have to manage both the citizens and the infrastructure, and ensure nothing goes wrong. Mind you; many things will challenge and push you to the wall. Anyway, you will discover what you are capable of when pushed to the point of extinction. But try to make significant decisions that will ensure the survival of the society you govern. Frostpunk also runs on the Microsoft Windows platform only.

Kenshi is an open-world sandbox survival game that is worthwhile.  It’s an incredible free-roaming squad-based game with RPG element and other features you will love. You will begin alone, struggling to survive. And from this point, you will have numerous options to choose from. You can find others like yourself and form a squad or go alone and see how far you can make it.

You need to build a base for you, and the entire squad to have a place to call home. You can also be anything in this game. You can act as a quiet farmer, a fierce warrior, businessman or even a thief. You can also be a good or evil person. Whichever decision or personality you end up taking, the choice is yours to make.

Banished is an exciting game to play. The storyline and everything about the game is impressive, no doubt. But then, you can’t be playing only one game repeatedly. You would certainly need a replacement at some point. However, this post contains a list of games that are as interesting or even more engaging than banished. So if you are tired of playing Banished repeatedly and need a replacement, you can try any game on this list.