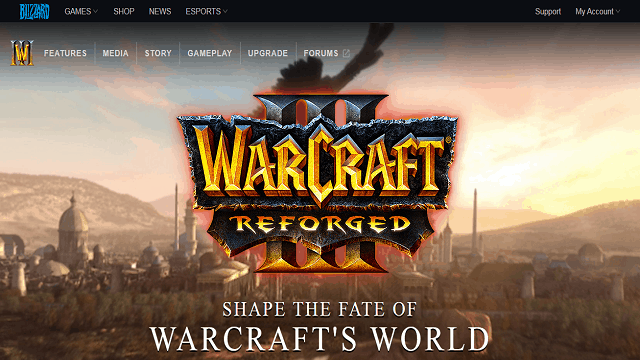 Are you interested in finding the best games like Age of Empires? Well, we can relate. The game is worth the attention. Age of Empires is a real-time strategy video game released in 1997. It is based on historical happenings, and we have been fortunate enough to have received and enjoyed seven different titles since its release years back.

However, you cannot continue feasting on one game for days, and months. You will eventually get tired.

Interestingly, we have handpicked some incredible Age of Empires alternatives for you. Do you care to check them out? If yes, then keep reading!

In Rise of Nations, your quests are designed to be super engaging. The game follows the same territory building concept that other medieval games share. Your mission is to start small and expand. You will begin with a single city in ancient times and make it bigger.

Gather useful resources, conduct impactful research, and build world wonders. One crucial aspect you also cannot rule out is your military. You need to improve your military might and conquer hostile nations with your armories, such as tanks, battleships, and many more!

At first look at the name, what crossed your mind? Of course, the medieval era, right? And that is it. Empire is also a unique multiplayer game which like Age of Empires, developed to offer gamers a unique form of entertainment. It is free and though easy to play but comes loaded with activities that will surely keep you satisfied and happy.

Empire is also a real-time strategy-based game. The idea behind this game, which is also the reason it is noteworthy, is t building part. You need to grow your army and become a threat to other neighboring nations. Your position and military might make enemies think twice before launching an attack on you.

What a great name! By the way, is Warcraft among the top-games like Age of Empires? Your guess is as good as mine. All I know is if you are about to get engaged by one of the finest real-time strategy games of all time. Warcraft, as the name implies, is a game of war! It is also a game that revolves around humans, elves, orcs, and the undead.

Warcraft is one of the biggest hits from Blizzard, the producers. It does have stunning graphics and gameplay that will appeal to your interest. All the previous series are also top-notch, so you can expect the Warcraft III to be super fantastic.

See also  How to Secure Your Internet Connection?

Is building large medieval cities your thing? Play ANNO and experience what it is like to plan and develop big towns from scratch. ANNO is a real-strategy video game like Age of Empires and other games on this list. It features an impressive graphical quality and gameplay too.

Impressively, you can play ANNO online. Yes, online. Consequently, you will not be shrinking your storage space. Plus, as long as your device can access the internet, you can play and enjoy this game. ANNO is also a game from Ubisoft, and a game designed to let you build, innovate, conquer, and do business. And take note, in addition to erecting large cities, you will be charged with managing the economic process.

DomiNation is another game with only a couple of rivals. Not many epic combat strategy games can match the quality and gameplay of this piece. So, you are about to witness something unique, a game filled with intrigue and real mental work.

Firstly, you need to choose your preferred nation and lead it to victory. Conquer in all human civilizations from the then stone age to the present, which entails the spaceship age. DomiNation is also about building cities and fortifying your military. Make them stronger and capable of decimating your rivals to make you the most respected leader in the entire realm.

Homeworld is a space strategy game like Age of Empires that changes the entire perception of the strategy game franchise. Manage your fleet and reclaim your lost territory. That is what this game is about, and there are over 30 single-player missions engage in. For every strategic situation, you also need to choose your unit types, including fleet formation, to decimate the enemies.

Use a more advanced resource to build spaceships with a capacity to deal a decisive blow on your enemies. The ship may range from light fighters to more powerful massive carriers. Your object is to reclaim lost lands, so you must be ready to take down the enemies, who are also well-prepared to repel your attacks.

Just like Sims, Stronghold is a game that gives you the medieval experience. It is also a game you will never regret playing. For the records, there are five real-time strategy video game series that the game, Stronghold has.

See also  How to Play Sudoku? 6 Simple Rules of Playing Sudoku For Beginners

Cossacks is a game like Age of Empires that gets you involved in one of the fiercest wars in the European territory. It is also a real-time strategy game, which represents the historical events that transpired in the 16th century, down to the 18th century periods. At these times, nations rose against nations, and the seas turned red with the blood of slain fighters.

The game features 16 different countries, with each having a diverse economy, technological advancement, military might, graphics and others. The nations include Austria, Algeria, Portugal, Poland, Russia, England, and a host of others.

This game is from Blizzard Entertainment, a famous game developer in the industry. And from the few games, we have seen from this company, it is evident that they have something up their sleeves. Starcraft II is a game worth playing. Your mission will be to fight across the galaxy, using three powerful and battle-ready races.

Millions of players across the globe have already joined the fight. Now, it is your turn to engage in this fierce intergalactic warfare, designed to keep you captivated for hours. This real-time strategy game also runs seamlessly on PCs and Mac computers. So, if you have either of them, why not join the fight right away?

A unique blend of role-playing and real-time strategy, Spellforce 3 offers incredible gameplay that will impress even the heaviest gamer to satisfy. The first Spellforce got into the market in 2003, with the latest being the Spellforce 3 released in 2019.

This game offers a unique customization option to players. What that implies is, you can create your hero and pick your preferred option between diverse skills. Raise an army with superior military might to engage in a fierce battle. Spellforce 3 also features an impressive multiplayer component, where you can compete against other players.

You might be familiar with the name called Etherium. Anyone with a vast knowledge of the cryptocurrency business should. But this time, the name means something different. In this game, you will be fighting to gain control over an asset called Etherium. So, it is not a cryptocurrency, but a much more valuable and scarce resource.

Etherium is another action-packed real-time strategy game set in a science-fiction world. It features three different factions battling it out for one price, the rarest resource on the universe called Etherium. Players are allowed to build their military, manage resources, and take control of their army. The multiplayer mode is also quite challenging, as up to four players can get involved in the thrilling action.

Command and Conquer is an RTS game that is free to play and runs seamlessly on Android and iOS devices. It was released in 2018 and stood as a one-versus-one type of competitive game. What is most interesting about this game is that you can play in different factions, such as rivals, Brotherhood of Nod, or GDI.

However, each of these factions features a unique set of abilities. But what is most important is being in control. Dominate your opponent and win the competition without breaking a sweat. There is no better victory than the one earned against a rival.

Total War is another top game like the Age of Empires. It features a perfect combination of the turn-based element, real-time strategy, and management of resources. The game also comes loaded with quests, expansion, and exploration opportunities.

Total War is set in a fantasy world and boasts four different races. These include the Dark Elves, High Elves, Lizardman, and Skaven. Join millions of others playing Total War, the world over, who have nothing but positive reviews to share. This award-winning game will keep you engaged and satisfied.

If you enjoy listening to the Greek and Egyptian myths, you will undoubtedly like the Age of Mythology. The Age of Mythology takes you to a period in history, where legends battled monsters, and the gods never seized to interfere in the affairs of humans. It is a real-time strategy and mythology-based game that will bring back that ancient experience.

This game was released in 2002, and after all these years, it still stands out from the crowd. It is also surprising to know that it was created with such an incredible imagination many years ago.

Do you want to create your history? If yes, then play Empire Earth 3. It is a real-time strategy game that runs seamlessly on Microsoft Windows platforms. Unlike Age of Empires, Empire Earth features a consistent campaign, which would lead to the domination of the entire earth. Players can either begin their mission by choosing one among the three unique factors.

Another way is to build a unique faction to your liking. Do whatever you can to grow your empire and make it a dominant force, but keep in mind that you cannot attain this status without a fight or hard work on your part.

So, these are the amazing games like Age of Empires. The list consists of an incredible collection of real-time strategy, role-playing, and building. The graphical quality of these games also sets them apart. As usual, these games take you back to where civilization started.

They will help take your mind back to some of the events that occurred in the days of old. So, if you are looking for Age of Empires alternatives that can keep you engaged and happy, check out the different collection of games on this list.