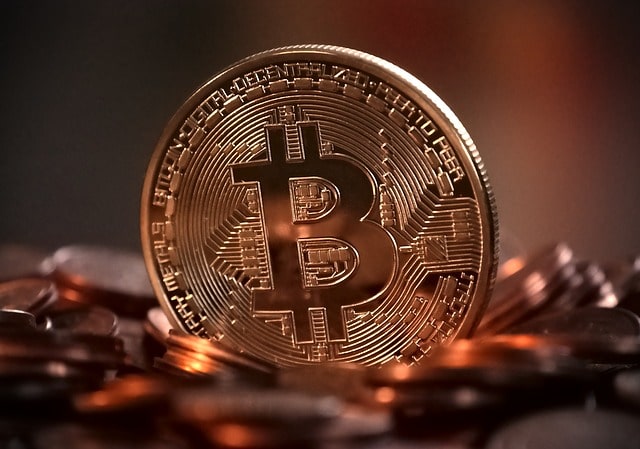 Bitcoin refers to the brand of Cryptocurrency and Payment system that was invented by an unidentified programmer or programmers under the name Satoshi Nakamoto and was introduced in the year 2008. It was made a Open Source software in 2009 and is a peer to peer software. All the transactions between the users takes place directly without any intermediary. The element that is central to the software is a public distributer ledger known as the Blockchain and each Bitcoin is considered as a unit of currency by this ledger.

Bitcoin is categorized as a decentralized virtual currency and is also known as the first real cryptocurrency. Bitcoins are generated as rewards through a process referred to as Mining where the users verify and record Bitcoin transactions into the ledger i.e. the Blockchain. The people successful in recording are provided Bitcoins. Apart from this Bitcoins can also be generated by exchanging it for currencies, products or services. The impact of Bitcoins in the market landscape has been profound over the years and its role has been ever rising. It is in this context that we analyze reasons to invest in Bitcoins and the following are ten of them:

Bitcoin is a tool with multiple applications. It apart from being a digital currency can be quite efficiently used in other ways by virtue of its block chain technology. This block chain software of Bitcoin can be used for things other than coins such as digital trading of securities, for transfer of titles, or crowd funding, etc with the same degrees of efficacy. These uses are in its infancy with not much development. But the potential of these uses is undeniable. Thus investment in Bitcoin would prove to be era defining in the future.

2. High Stability in an Unstable Environment

The price of Bitcoin has always been stable. The degree of stability shown by Bitcoin during the last one and a half to two years is nothing short of marvelous compared to any other financial instrument. This has to be contrasted with the stability of global economy. The economic situation worldwide is unstable and Bitcoin being dissociated from the conventional stock markets and currency mechanisms has not been affected. In fact, Bitcoin might gain from any such collapse as we saw in 2008 because of its lack of associations. Hence it might just be a smart move to put some eggs in this Bitcoin basket.

It is a fact that age of digital currency is almost upon us with  customers and vendors and people in general moving away from traditional payment methods. It is in this oncoming digital age that Bitcoin has a first mover advantage with a large presence in the market. The total market value of capitalization that Bitcoin has is well over 6 billion with nearest competitors not even crossing 1 billion mark. Apart from this, the first mover advantage also exists in goodwill of the customer and the goodwill it seem to be generating. Thus, this also is a prominent reason for investing in Bitcoin.

Bitcoin follows a protocol by which almost every 210,000 blocks the amount of new bitcoins created is cut in half. When Bitcoins was launched in 2009 the users were rewarded with 50 Bitcoins per block. This reward was halved in November 2012 to 25 Bitcoins per block. This will continue to happen and the number will be halved again. Thus the amount of Bitcoins that can be created is strictly kept in check by the protocol it runs on. The maximum number of Bitcoins is 21 million and not one coin more or less. Out of this 15 million has already been created. The scarcity of Bitcoins that may loom over us sooner or later is a very compelling reason to invest now as the price is simply going to hike over the coming years.

All over developed and developing countries there is an undeniable trend of moving towards a cashless economy. This will increase reliance on digital currency and other payment methods. Bitcoin being an established mode will truly be more apt than other methods. Bitcoin is often called as digital cash. This feature will also go a long way in ensuring its efficiency especially because of the need for privacy. Bitcoin is a great alternative to other digital methods that inherently compromise privacy.

Economic highs and lows are features of all economic instruments. Bitcoins started off small in trading exchanges in 2010 with 0.1$ per Bitcoin and it has been rising ever since. In 2011, it went beyond the 1$ mark and went till 32$ when it crashed to a low of 2$. Then the highs and lows began with prices going up to 250$ to 60$ to stability at 100$. This economic trend consistent with many instruments has been continuing and has been showing upwards positive trends ever since. The volatile periods over the years have drastically gone down. The trend of Bitcoins has always been one of growth and it is okay to presume that it is going to continue.

The sentiments towards Bitcoin have been getting more and more positive from the initial thought of apprehension when it was first introduced. These positive sentiments plays a very substantial role in the further development of the technology with better market demand, broader user base and more importantly broaden financial support.

8. Bitcoin used as a Hedge

Over the years, what history has taught is that gold has always been a great hedge. Whenever there is an economic boom or collapse, people have bought gold. In the modern day, Bitcoin is taking this position away from gold as recent events would provide testament to. When the economy of Cyprus and China fell, the value of Bitcoin soared and also when Brexit happened. This is because, as already mentioned, Bitcoin is separated from cash and other conventional system. Thus it allows for easy exit from an economy without losing your wealth.

The trading of Bitcoin in very simple. Buying requires a credit or debit or Paypal or a bank account. It is that simple. These are facilitating platforms that allows for easily buying Bitcoins such as Bitquick, Blockchain etc. Transferring these Bitcoins to other users is also easy. But care has to be given during such transfer. This is because as highlighted in the succeeding reason the transfer is irreversible.

Bitcoin prevent any manipulation of market price or transactions. Any transaction once performed cannot be reversed. There is absolutely no intermediary such as a bank which will be capable of influencing the market, prices or even regulate. This makes the transactions cheap, transparent and fast. This takes away all fears of being cheated and the only ear is for making accurate transactions.