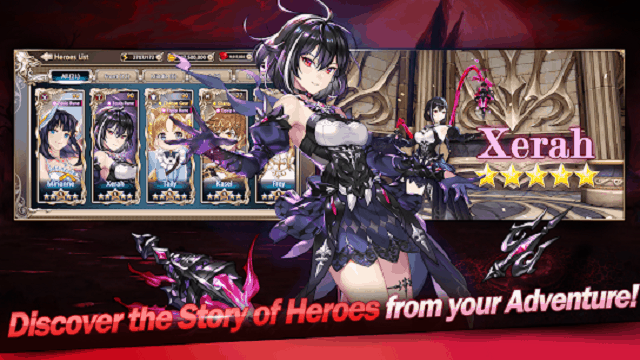 Gacha games are a unique set of games. They took the mobile gaming world by storm last year. We witnessed the release of tons of Gacha games, which excited gamers the world over. They were both for Android and iOS operating systems.

Avid gamers who have or are playing these games can testify to how incredibly entertaining they are. They offer the RPG type of combat, surprisingly long storylines, and opportunity to summon characters using in-game items, rewards or currencies, which is a peculiar thing about Gacha games.

So, if you are looking for the best Gacha games to while away time, you are in the right place! Check out the 15 top Gacha mobile games you should consider playing right away!

15 Best Gacha Mobile Games You Should Play in 2022

Are you ready to go to battle with any of the Disney superheroes? If yes, this game is for you. It features an RPG combat and a host of your favorite Pixar and Disney superheroes. These include heroes from popular movies and other games such as Tron: Legacy, Monsters, Inc., Zootopia, Lion King, The Incredibles, and others.

Your mission is to gather a team of fighters to save your favorite Disney and Pixar heroes. Their lives are in danger. Gather characters such as Aladdin, Hercules, Captain Jack Sparrow, and others. Equip your fighters with deadly weapons to decimate your enemies. This mobile game isn’t for kids. As an adult, you will enjoy every bit of it. Give it a try!

Arknights is another fantastic Gacha games to check out. It features a JRPG and SRPG. But it’s more of the strategy RPG element. The combat is a bit slow. So, if you enjoy such games, then you won’t regret playing Arknights. There are hundreds of characters to pull or summon in this Gacha game. The events in this game are numerous and engaging.

There’s a deadly infection putting innocent lives at risk. This infection is causing great unrest, and as a critical member of Rhodes Island, you need to take up the responsibility to restore normalcy in the land. Arknights also boasts a robust soundtrack, making it more engaging. It’s another Gacha game worth checking out. The game is free to play and available for Android and iOS devices.

A unique game from the Final Fantasy series, Final Fantasy Brave Exvius is a game worth looking into. It notes the combined effort of Alim and Square-Enix. The game is available for Android and iOS devices, and it’s free to play. The only challenge with the free option is that you may not enjoy events or have them completed much quicker without splashing the cash.

The storyline of this game is incredibly long but exciting. Additionally, it features engaging but straightforward battles. This Final Fantasy game gives you access to hundreds of summons. So, you literarily would have a massive option of battle-ready fighters to embark on your gaming expedition.

This turn-based RPG game is available for Android and iOS devices. The game is visually stunning and loaded with activities that will keep you glued to your mobile device much longer than anticipated. An assault has been targeted at planet earth. Now the supervillains and superheroes must work together to restore normalcy to the planet. Put together a squad comprising of incredibly powerful superheroes from MARVEL, as we know them. Captain America, Iron Man, Loki, Venom, and other superheroes are at your disposal.

Valkyrie Connect is another Gacha game that’s worth checking out. Graphical quality isn’t that superior, but the artwork is. Valkyrie Connect boasts a simple-to-control but fierce battle. It is a fast-paced RPG game where players get to control villains, superheroes, and even the gods.

This game is available for Android, iOS, and PC games. It’s one of the top mobile games, with over 19 million downloads and counting. There are a sizeable number of characters waiting for you to unlock. Each of the characters has unique strengths and weaknesses. Valkyrie Connect allows you to engage in battles alongside other players in real-time. Join forces with them to decimate the big bosses.

If you like naval warfare games, you have no reason not to like Azur Lane. It features 300 characters and a vast collection of events and stuff to do. Simple gaming controls, cute characters, and stunning graphics set this RPG game apart.

Azur Lane isn’t just an RPG game. It combines the 2D shooter and tactical genres, as well. Manual and AI-powered battles are available for you to choose from. You can also build your ship in this game. Together with the matching voices, these make Azur Lane one of the best free Android and iOS compatible Gacha games to play.

The universe is under serious threat, one that could undermine its existence. Don’t let that happen. Summon an army of fighters to put an end to the impending doom and reign of terror. Only you can! This Marvel Future Fight is an action-RPG game with loads of fierce combat that will keep you on your toes.

You have a whopping 200 characters to choose from and build your fighters. Choose notable characters from MARVEL Universe, such as Spiderman, Defenders, X-men, and Guardians of the galaxy, Thor, and many more! The game boasts stunning graphics and exciting storyline. You can also select from a range of uniforms to create the best look for each character and equally boost their abilities.

8. Another Eden: The Cat Beyond Time and Space

Another Eden unveils a select type of role-playing game. It’s a highly addictive game that runs on multiple platforms. The platform it supports is Nintendo Switch, iOS, and Android devices. The great soundtrack also sets this Gacha game apart.

The future is almost lost. Evil is prevailing. In Another Eden, your task is to take the fight to the enemies. Travel through time and space and save the almost lost and buried future. This game’s robust console-quality content makes it enjoyable to play. And thanks to Masato Kato, a great storyteller, Another Eden boasts a rich storyline.

Fashion and action summed into one. That’s what Gacha Life is. You will have the privilege to embark on a host of crazy adventures, created and shaped by your own hands. In this game, you have to create your anime character and dress them up the way you want.

Get access to a wide range of dresses, shirts, ammunition. Create a custom anime character for your game that no one can ever resist. The flexibility and freedom offered by this game are out of this world. After dressing up and arming your character, you need to recreate the story. Design your scene in studio mode and start exploring.

This tactical role-playing game is one of the famous and action-packed Gacha games around. It boasts a wide range of adventures and has nice gameplay. Summon warriors from the Fire Emblem Universe and get to the action. Enjoy over 800 story stages.

Once you finish an epic quest and clear the story stages, you earn what’s called an orb. The orb is what you need to summon heroes and engage in a fierce battle with your raging enemies. This game runs on Android and iOS devices, and it is free to play.

Here is another exciting role-playing Gacha game that will make your heart melt. The heroes available are quite numerous. How does it feel to have the privilege to summon a whopping 400 legendary heroes in a game? Incredible, that’s what it is. Brave Frontier allows that.

Not just legendary heroes. In Brave Frontier, the fighters available for you to summon includes majestic beasts and mighty demigods. Your mission is to wage war against the Four Fallen Gods, which aren’t pushovers. So, you better be super ready for the fierce combat you are about to face.

The era of mercenaries is upon us. Fierce guild war is coming! Brave Nine is a tactical RPG with tons of features. One of the classic elements is the opportunity to battle with other players in real-time.

You have to build an army comprising of heroes, who are ready and brave enough to battle the raging enemies. When you complete bounties, you get rewarded and have the chance to upgrade your superhero powers. This game is feature-rich and exciting. Graphical quality and gameplay make it a wise choice for those seeking an engaging Gacha game to while away time.

King’s Raid is another lovely Gacha game with beautiful graphics. The gameplay is fun and straightforward. Another highlighted feature of this game is the storyline. It’s why millions of avid gamers across the globe can’t get enough of King’s Raid.

There are a vast number of superheroes to summon in this game and the opportunity to learn about the stories of each of them. Engage in real-time battles with 3D characters and a super intense strategy. And remember, when you defeat the giant dragon in your friends’ company, the legendary gear will be up for the taking.

Final Blade is a fantasy RPG with promising features. The events are worthwhile, and you have the privilege of selecting your fighter from a total of 300 heroes. Various RPG features also exist. So, this game will satisfy your every need.

You can embark in a duel where you will have the chance to engage other Final Blade players worldwide in real-time battles. In world raid, you will have the privilege to unite with other players to defeat the world bosses. This game lets you design a personal RPG combat strategy.

Once upon a time, Yokai, aka aliens, got into our world. They came through a crack in our world. These alien beings were named “Yokai” by humans, and that’s how the XRoss Chronicle began.

Engage in a fierce and thrilling 3D battle. Use various fusion combinations to defeat your enemies. You can either combine the power and ability of the Yokais to that of humans to become one or use them individually to conquer the enemies. This game has time-saving features, and you can set the battle speed to the level you want.

These are the best Gacha games to play. They are action-packed and let you summon an enormous collection of superheroes to fight and conquer mighty enemies. And no matter your appetite for Gacha games, the games on this list will satisfy you. So, choose any of the Gacha games now and start playing! However, if you have played any on this list, then do well to share your experience.