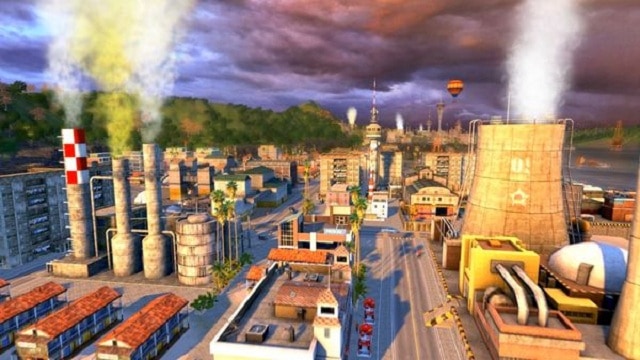 City building games are fun to play and even watch. You will have the opportunity to plan and develop a city of your dream. Of course, there are tons of building games out there, with each having a unique feature and storyline. But the idea remains the same. You will be in position to make plans and face the consequences of your actions.

The city building type of games provide a unique opportunity for players to showcase their creativity in a special way. You will have the privilege of creating something from scratch and discover how talented you are. Considering the myriads of similar games out there, we have managed to handpick the 15 best city building games that everyone must play. Check them out below.

SimCity is an awesome city-building game that runs seamlessly on PCs. As the player, your focus is to create a world of your own. You are not just going to be the mayor of the city, but be in charge of everything. Plus, every decision you make is crucial.

This open-ended video game is laced with loads of excitement. And even if you are playing SimCity for the first time, nothing will appear strange to you. The game is also multiplayer enabled, and you also get access to a limited budget. But mind you, your primary source of revenue will be from taxation.

This city building game runs on mobile devices, precisely for Android users. The game features an improved graphical quality, better than what other similar games have. You will also find tons of features you need for smooth planning and execution. Megapolis allows you to unleash your inner creativity to improve the living standard of the citizens under your control.

You can create any building you want, but you have to begin somewhere. You can start by building houses, then roads, power stations, factories, parks, and even shops so your citizens can earn a living and be more comfortable in their domain. But you have to be careful about your choices and put your resources to good use.

This game is one of the best town-building strategy games you will ever come across. Your task will be to develop and offer protection at the same time. You need to recruit soldiers to provide the right protection from bandits. And for that, guard towers are a necessity.

Townsmen are simple to play and will keep you glued to your device for an extended period. One of the impressive features of this game is that it features an unchecked sandbox mod so you can try out your skills before you start playing. The idea of the game is to help transform a backward city into an empire that will be the envy of others.

Employee housing, as well as happiness, are two critical factors that will determine how successful you will become in this game. You will also need to deploy your creativity to build cities and watch them grow in size. So if you want to try out an exciting city-building game with loads of scenes to explore, try Anno 2205.

If you want a game that blends the hardship that comes with building and managing a city, play Skylines. It’s an exciting classic city-building strategy game that runs seamlessly on PCs.

Despite having stunning graphics, another thing that makes Skylines an impressive game is that players have the opportunity to mode the gameplay to suit their style of play. This open-ended city building game also offers loads of excitement and will grant you a unique opportunity to plan and build a modern city of your own.

This construction, government and management simulation game is fun to play. It features over twenty different missions one can explore.  And, as the El Presidente, you will be involved in critical decision-making situations that will shape your nation’s future.

But if you want to achieve success, then ensure you have a big off-shore bank account and the support of the people you are leading. Interestingly, you will have the privilege of electing ministers into power and test your resolve to handle leadership pressure.

Enjoy the dynamic nature of modern cities and lead a transport network to meet the ever-increasing needs of the urban dwellers. Be ready to manage and control the public transportation system in your town by making it more attractive and make things easy for the people in your domain.

You should also have in mind that any decision you make while building the cities transport network will affect the city’s growth. The transit simulation game also features dynamic city movements, day and night phases and multi-player mode.

Benished is a city-building strategy game laced with tons of engaging scenes to explore. You have to manage a group of homeless travelers who are looking to start their lives anew. These travelers don’t have much on them, especially clothes. The travelers are also moving with a handful of food supplies from their homeland too.

However, there are numerous ways you can provide food for the people, and it’s your responsibility to lead them into a thriving culture. Feeding options include trade, fishing, hunting and gathering, and farming. But you need to brace yourself up for the winter period because it’s going to come with tons of challenges.

Tropico 5 is a bit denser than the previous releases. It’s the fifth instalment in the Tropico city-building game series that promises loads of excitements. The game also comes with tons of challenges that make it more fun.

You will be in a position to make decisions and implement them, only when the people agree to it. Any refusal might force them to vote you out of office, how sweet can a city-building strategy game be? You also have 15 missions to explore. The game also runs smoothly on PCs.

If you are looking for an engaging city-building game to play on your Android mobile device, try Fallout Shelter. It’s a game you may never get tired of even if you play for an extended period. You will have the chance to manage a thriving and happy community, forged by your decisions.

In Fallout Shelter, you will be building a vault not city. You will also need to get closer to the people in the community, figure out their ideal jobs. You also have to offer them the necessary training, weapons and outfits that will make them happy and better their lives as well. The game is also free to play but contains ads.

Township is one of the best city building games everyone should play. The game has tons of engaging scenes and stunning graphics that will impress you. You are going to plan, build and grow your town when you play this awesome game.

Get ready to trade with top countries, harvest your crops, and process in your facility too. What’s more? You can also open a series of businesses to keep your town lively and get the dwellers gainfully employed. However, there is more about this game that will impress you when you start playing. It’s free to play on Android devices and also have in mind that it contains ads.

12. Emperor: Rise of the Middle Kingdom

The Rise of the Middle Kingdom is one of the games in the Emperor city-building strategy game franchise. It also features an exciting storyline, focusing on ancient and imperial China spanning from 2030 BCE to 1240 CE.

This game is quite challenging and loaded with tons of exciting scenes. Your duty will also be to keep the city running at all cost. Your responsibility is to provide food, shelter and keep the residents in your territory happy.

But you should also attempt to increase taxes that come into your coffers. And for that, you need to acquire more food because the more food you have, the higher the number of settlers would be. And the higher the taxes you are going to be receiving.

The name of this game will give you a clue regarding the storyline. It is a game that focuses on the political and economic settings of ancient Greek and the fifth installment in this game series.

Mythology plays a significant role in this game. So you have to take care of that as well as the military. You also need to meet the needs of the citizens. Make them happy by providing essential amenities and supplies. You need to establish fish farms, and even locate mines where you can extract minerals like bronze and marble. The game also runs seamlessly in Windows devices.

This city building game takes a different approach, hence is a bit different from others. Instead of spending all your time and effort building infrastructures, your task will be to win the hearts of the citizens. Get them on your side, win more votes and establish a stable relationship with them.

This game has quite an impressive interface and storyline. It’s a game that doesn’t have a dull moment. Each scene has something to keep you entertained and happy.

Are you prepared to taste life on another planet? If yes, Mars is waiting for you. Surviving Mars offers you the opportunity to visit the planet Mars, a barren wasteland but one that you have to make habitable. You will also have all the tools and support you need to live and survive on this planet.

But, there will be challenges. You will have to deal with barren lands, lack of oxygen and a whole lot of others, which makes the game more engaging. Once you have a livable settlement created in mars, then you can now start attracting other humans to join you. So, if you are ready to explore, consider playing this game.

These are the best city building games anyone who loves these class of games should consider playing. They are games that will not only entertain but grant you the opportunity to have experienced similar to build a real city from scratch. So, if you are looking for a top city-building strategy game, you are in the right place. Check out the options on this list and make your choice right away.